Fallen Legion: Sins of an Empire is a new game from YummyYummyTummy that offers an action RPG within a fantasy kingdom. Both versions of the game (Playstation 4 & PSVita) offers a different take on how events will unfold, with this PlayStation 4 release focusing on the story of Princess Cecille. Will our heroes live happily ever after, or doom the kingdom to misery? Lets take a look.. 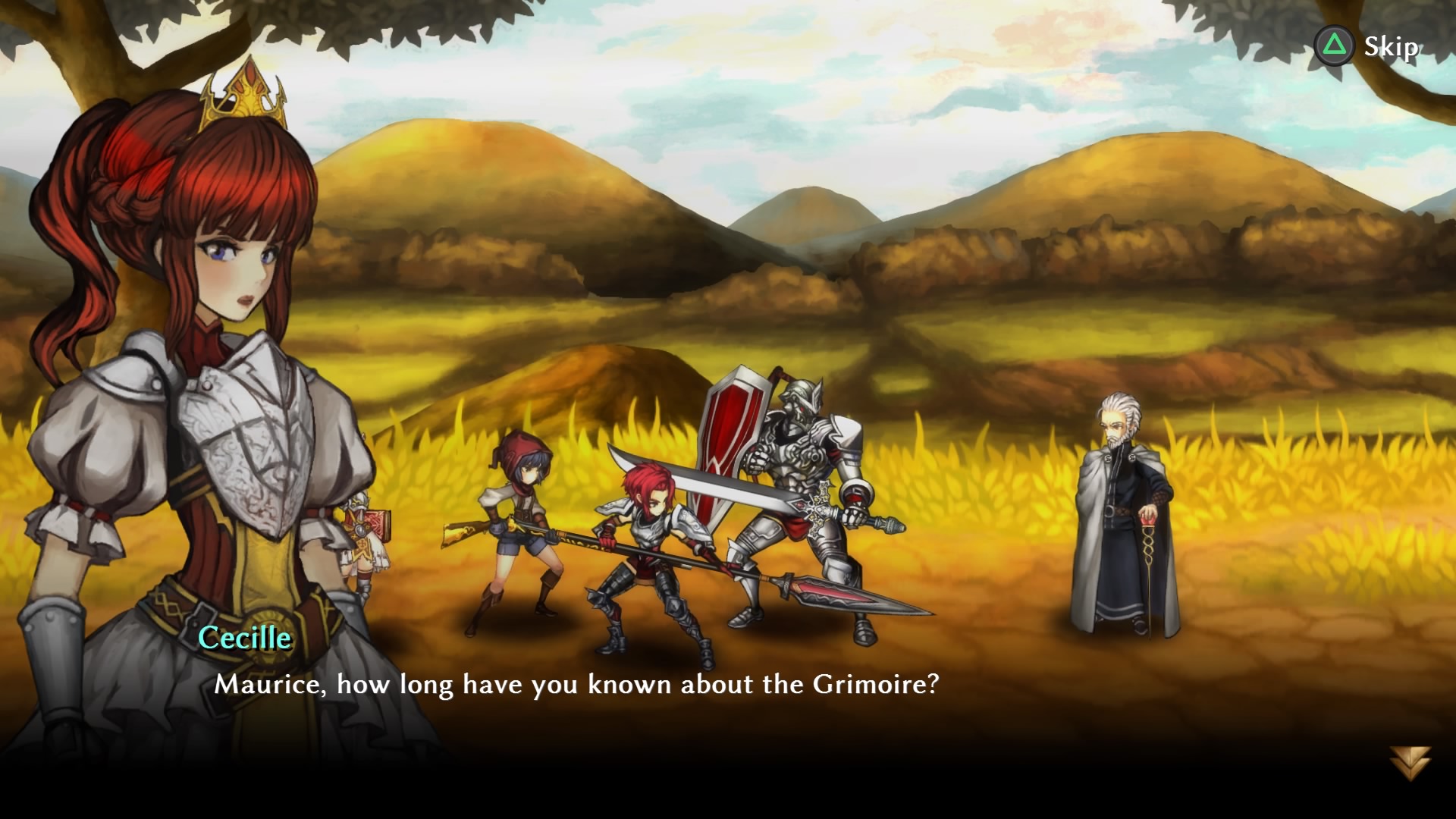 Fallen Legions takes place in the Kingdom of Fenumia, a kingdom that has expanded immensely over the years and has finally reached breaking point. Things truly reach tipping point when the Emperor passes away, and this is where the protagonist comes in. The throne is passed onto Princess Cecille, a front-line princess not interested in ruling, who also receives a surprising token of leadership. This token is the Grimoire, an ancient book that offers advice on how to save the kingdom from impending chaos and also bestows the ability to conjure Examplers to aid in that quest. She sets out to the empires capital at the request of her fathers aide, but would much prefer to be putting the rebellious factions within the kingdom to the sword instead of sitting on a throne.

To be honest the story feels a little under-cooked as you progress. Story segments only last for around a minute or so in between battles and are done in a similar fashion to visual novels, not always being voiced either. You’ll likely start to become remotely interested in proceedings though once the option arises for you to make choices that inevitably affects the empire morales, these can also have consequences elsewhere in the empire. During each mission there will be several breaks between skirmishes that offer 3 choices on how you want to deal with a situation. These choices not only affect the empire, but can also bestow abilities and boosts to you Examplers – sometimes creating Gems after the battle you can use to customise further. This aspect of the game will keep you engaged more than the actual story, which really only disappoints in that it just isn’t fleshed out enough during the game. 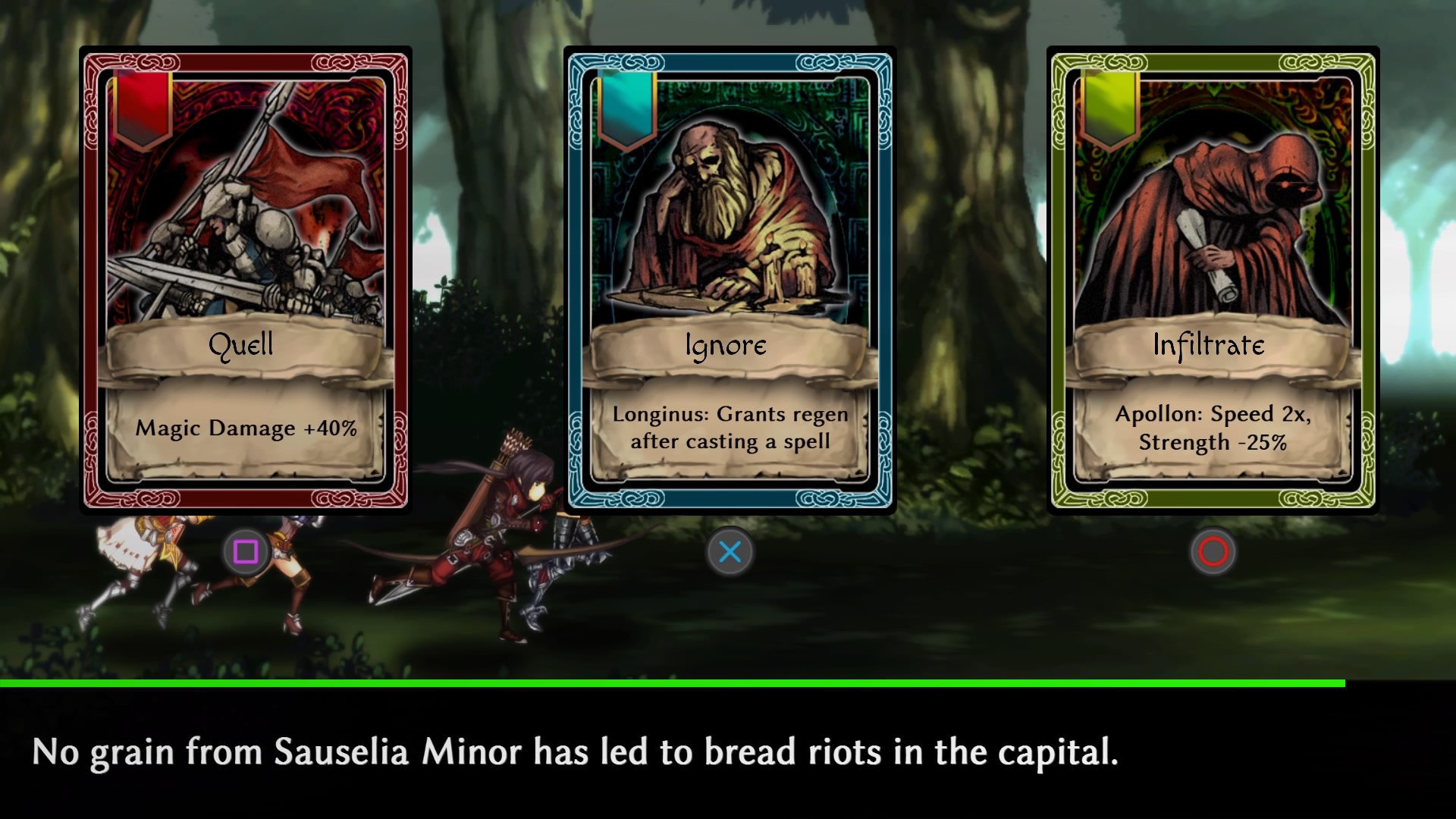 Judging by the games fairytale style story setting, it’s little surprise to also find that is how it is presented as well. If you’ve played Dragons Crown then you will have an idea of what to expect, though it’s obviously not on the same level as that. Being a moe connoisseur myself it’s a style that seems an acquired taste, though things here are generally pleasing. For me things look a little too flat at times though, with not much background detail in particular to give each area a unique look and generally looks a little dull outside of battles. The game does shine in its sprite designs for characters. Some of the NPC’s look a little undercooked, but there’s some good detail in the main characters as well as your examplars and most of the enemies you’ll fight in the game too.

Things do start to look a lot better once you’re in a battle, with some nice spell & attack effects helping to keep things interesting without going overboard – your still easily able to keep track of damage, heal etc counts as they pop up on screen. Audio continues the trend with sporadic voice acting during the story segments, but a pretty good musical score that fits the theme of the game manages to raise the stakes. The music always compliments the action onscreen perfectly and is definitely one of the high points of the game. Having fully voiced dialogue, or none at all, would’ve helped overall though as it feels a little too disjointed when it kicks in during some conversations but not others. 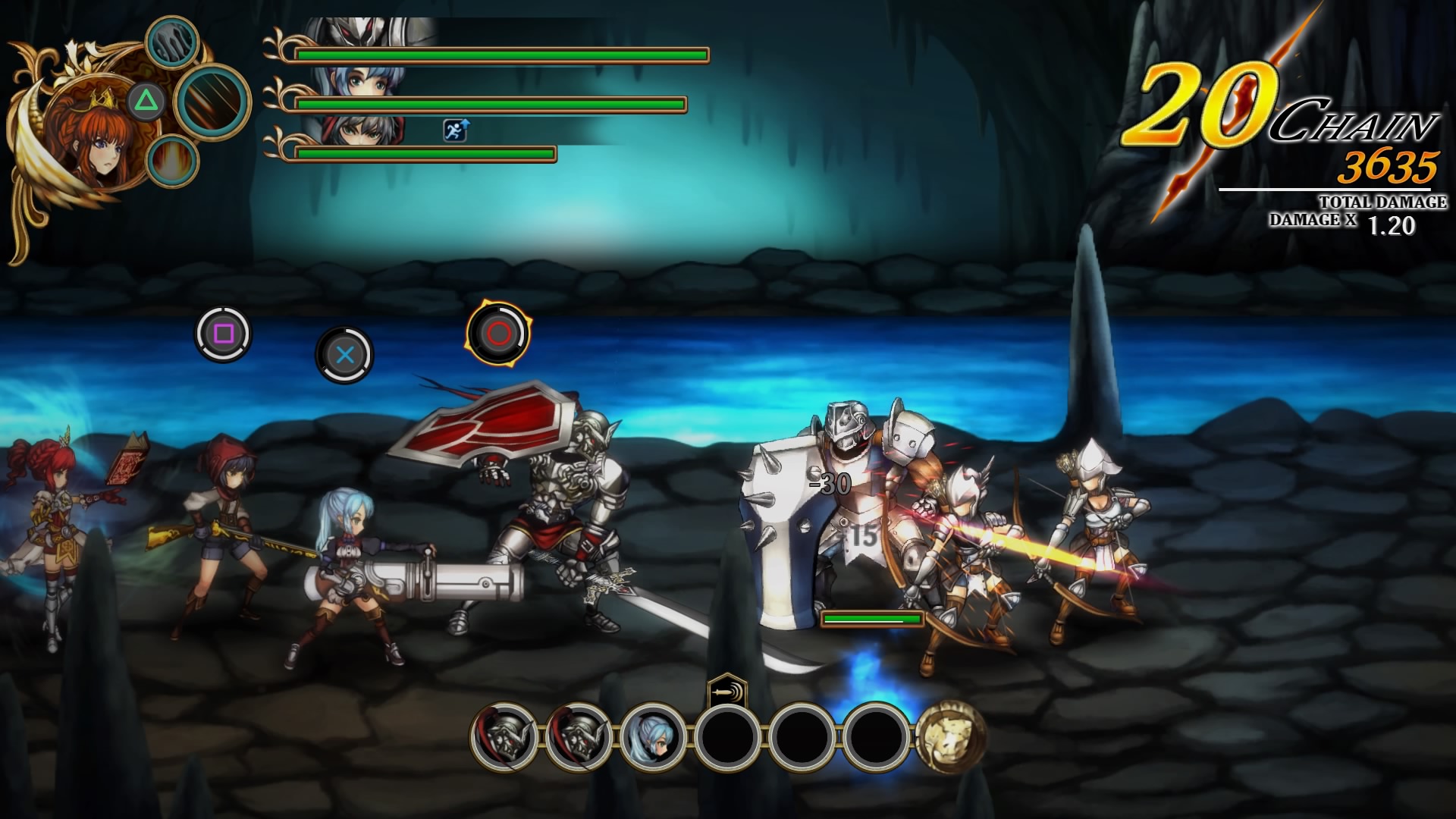 If you’re coming into this expecting anything other than a button masher, like I was, you may be disappointed a little – though what is here isn’t so bad. It’s effectively action based, with each of your party assigned to a face button and the corresponding press has them launch an attack. As you upgrade your combo meter more attacks can be done, which in turn is good for Cecille. Cecille acts as support during the battles, but her abilities recharge via AP earned during attacks or well timed defense moves by your Examplers – so you always have to keep that in mind. Healing & reviving in particular is a necessity, just as much as ensuring your Examplers attack AP keeps topped up enough to carry on your combo.

The battles are usually frantic, leaving little room for any tactical play. You’ll quickly realise that the only thing which counts in a fight here is timing. Timing attacks to offset an enemies & timing defense to deflect attacks. Boss battles are your baptism of fire for learning this, the first against a dragon literally being so – you will perish in flames if you haven’t gotten used to parrying by then. That’s the main problem with the gameplay really, it tends to always end up as a slog even when you have figured things out. Its not like it doesn’t try though, there’s mechanics suited to a more tactical way of playing (break meters, status effects, strengths & weaknesses etc), but these are rarely ever required to be used. Its a shame as the gameplay is generally solid, even enthralling during a major skirmish, but a little more emphasis on tactics instead of timing could’ve helped keep repetition at bay during the 15+ hour long haul. 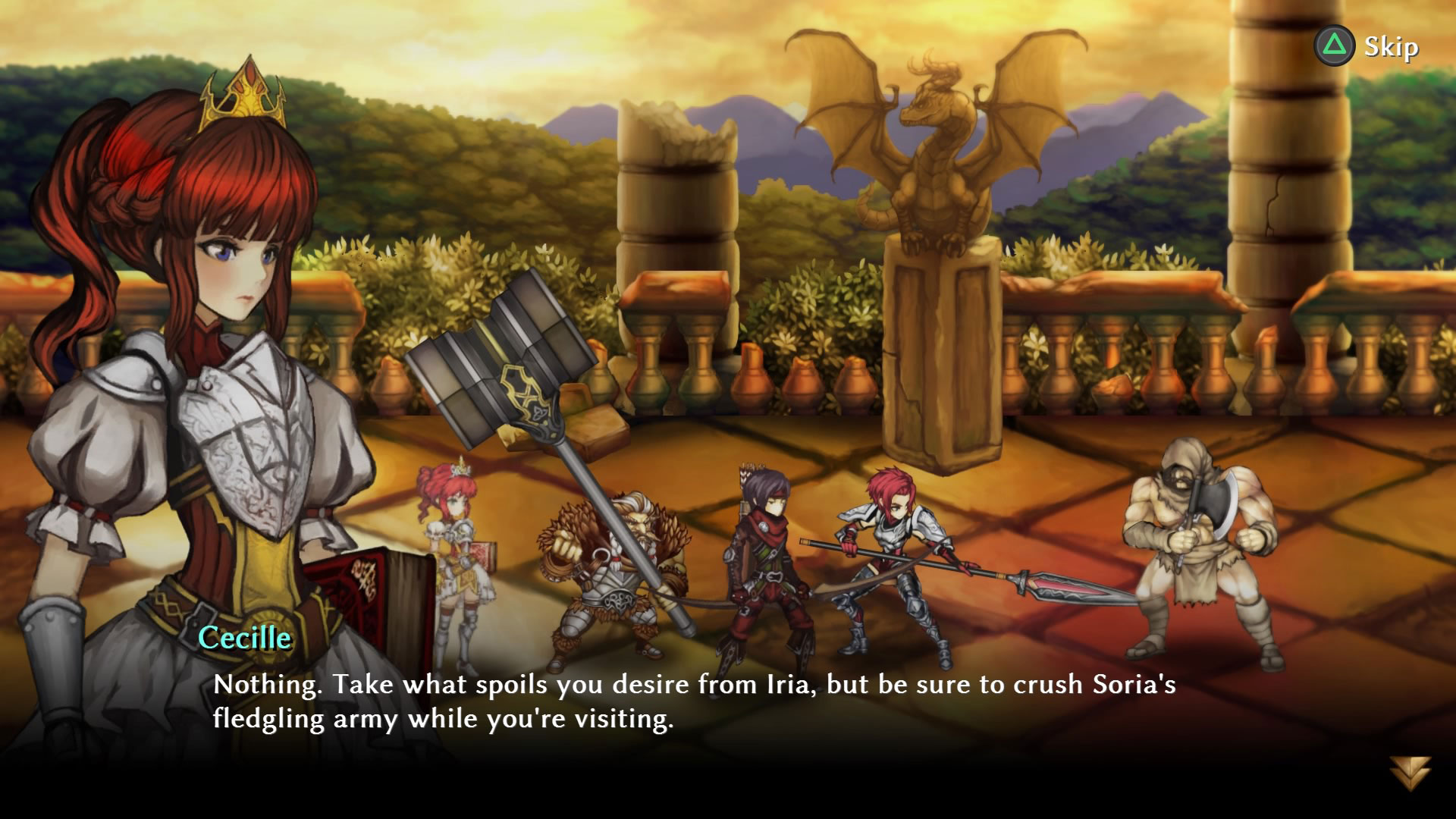 To say this game stumbles but manages to steady itself before it completely falls flat would be an apt description of Fallen Legion. For everything it has going for it, there’s always something niggling away that takes away from the experience. The good does generally outweigh the bad though, and one could find some enjoyment if the game is played in short bursts.