Fate/Extella is the latest release from the popular Fate franchise which has spawned such titles as Fate/Unlimited Codes & Fate/Extra. Developed by the boys and girls at Marvelous will this be the game that brings the Fate/ series into new light or is it just a star that’s all burnt out? 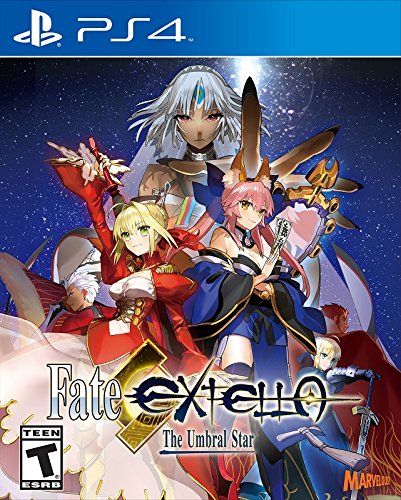 Fate/Extella follows on from the events of Fate/Extra though has been written as a stand alone title at heart. I wish I could go more in-depth with the story but to be brutally honest it’s not been written with newbies in mind, it’s full to the brim of Technobabble and what I assume to be nods and story aspects from previous games in nearly an impenetrable wall of text and images, In regards to the story I would certainly chalk this one up as one for the fans.

Graphically Fate/Extella is very mixed, the visuals are bright and vibrant and stick very well to the anime aesthetic we know and love here at Otaku Gamers UK. It all just seems to fall down somewhat when you get closer to the character models, they seem very bare bones last gen, quite muddy and seem to lack much animation. The basic enemy character design ranges from Robot to Bigger Robot and then the officers all seem to be anime cliches with around the same level of detail as the player character. 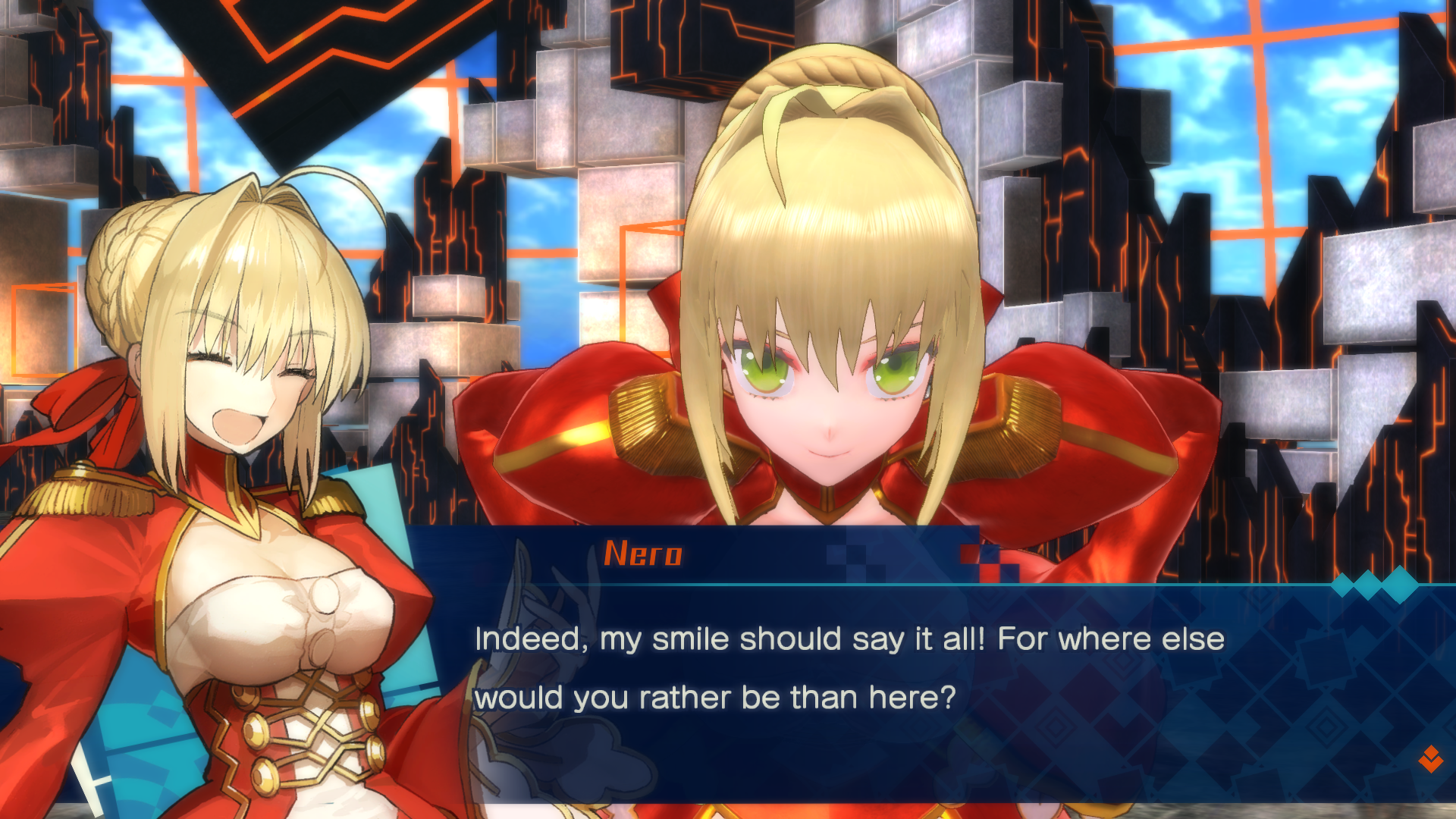 Fate/Extella contains just the Japanese dub for the title which will please the die hard fans. The music for the game jumps from generic track #1 to J-Pop and even some slamming guitar tracks, I did like some of the J-Pop songs as they were toe tappingly catchy but overall the music didn’t tend to entice me or push me away.

The dub does cause issues with the story which I have to note. During battles the characters interact with each other ALOT, they also talk about the events transpiring, with this being one of the Brawler genre there is rarely a slow moment in which you can stop to read the subtitles. This is becoming quite the common problem and it isn’t too bad if you are familiar with the source material but in this case it was just extra background noise which is a shame.

Now the game-play with Fate/Extella is split between typical Musou/Brawler style and what seems to be Visual Novel, only neither is particularly stand out and I’ll explain why. The Visual Novel side of things within a brawler has been done before in titles such as Senran Kagura, the main difference here being that in the time I’ve spent with both Senran actually had some half decent writing for someone unfamiliar with the series, another major issue and it’s something that’s happening too often is that none of your choices make any difference, they lead to the same lines and change nothing which to me seems utterly redundant.

The game plays just like Musou titles, each Battlefield is split into sections you take command of once you have cleared the area out of enemy troops and officers. Unlike Musou games where they make the full level free to roam between the sectors, Fate/Extella strips it down to just the sectors you battle in and small corridors the game navigates for you in the form of a mini cut-scene which boils the levels down to nothing more than small arenas floating in an disjointed void. Once you beat enough bad guys you’ll take over the sector, do enough of that and you’ll win, sometimes it draws the lead officer out for battle and you’ll win via defeating him, loss comes with you losing all your sectors or all your health, simple and effective.

The controls for the game are charmingly very pick up and play, combos are easy to learn and you unlock transformations and extra special attacks as you go on, changing character mid battle is a simple press on the D-Pad. It’s a simple control scheme but works for the genre and does feel rewarding hitting one of the longer combo strings.

During battle you’ll come across Lead Officers as mentioned above, during this time you can choose to lock onto said Office to focus efforts, this would be a good feature if it actually worked, instead it doesn’t and the camera you’ve had to fight all game continues to be consistently wild and unruly.

Fate/Extella has several modes to go through, first off the story mode which features the Visual Novel sections split across 16 Characters, Free Battle which lets you replay any mission without the fluff and Collection where you can view your collectibles, the game also features some side missions which should see your playtime hit the 30 hour mark to get full completion of the story. The game unfortunately features no form of Multiplayer either offline or online which is a shame, it does have an Ad-Hoc multiplayer mode (offline) for the Vita version.

Fate/Extella is certainly a game for fans of the FATE series, initially it’s quite jarring but interesting enough to want to learn more about the series. The combat is fast and furious as it should be for Musou/Anime styled games and the story mode is a decent time sink. There are a few things that hold this title back but even none fans of the series could appreciate the speed and depth of the combat.