The magic circle is a mix of several types of game, Open world sandbox and puzzle with a few hints of RPG elements oh and you can pretty much develop it yourself.. well in some aspects. lets see what this game, developed and published by Question has to bring to the Log of ever growing quirky games.

In the magic circle you are given the role of a game tester and thrown in to the world of a game that has been in development for over twenty years and is largely unfinished! Now you must test it to prepare for the demo! The reason the game has been unfinished for so long is due to the rivalry caused by two developers of the game, however you are approached by a AI who helps you tame creatures and solve puzzles to complete the game or to simply just get out of it!

The visuals in this game are strange and very trippy there’s no two ways to put it. You go back and forth between a sketched style black and white almost RPG type of world to a old school doom style world. The transitions between these two worlds are not the best as you go from one environment to the next through a door or a elevator and the bits of the world that are a mix of the two styles just look out of place to me.

You can interact with some parts of the environment by placing down what is known as a trap. This is essentially data that is portrayed by a flurry of colours and lines that is rather pleasing to look at especially when you delve deeper in to the game and have more of this ‘trap energy’ to use. You can use this energy to do a few different things such as collect data or edit the mobs you encounter. The mobs between these two worlds are fully coloured and defiantly pop against the black and white background however most of them also feel very basic and ugly to look at, I’m not sure whether this was intentional or not.

The audio in this game isn’t bad but it isn’t good. In the main over world there is some orchestral background music now and then, with the only other noises coming from mobs or the environment, this is quite nice to listen to however the audio to me seems to mainly focus around voice acting and creating personas for the devs. Overall its a fun game to listen to but the for-mentioned voice acting can get stale and annoying very quick.

The gameplay in the magic circle isn’t anything new however it does bring a couple of interesting mechanics to video games. The game is controlled like a typical first person shooter using the analogue sticks to move and aim and L2 and R2 to fire your trap and recall it.

The magic begins when you start to encounter mobs, you learn how to edit there data and you can essentially mix and match them all with each other, as well as include special data you find in the game world! The power you feel when you initially do this is great, you really feel like a game dev, however once you start to encounter more and more you soon realise you can beat them and simply make them yours, this makes the game a little boring as there is no real challenge when you have an army of super mobs, apart from the features mentioned, the game is simply a walk around and explore and interact with the environment kind of game!

Unfortunately you don’t get very clear instructions on what to do, so your left in this world exploring and dying trying to figure out what to do next, however this is at your own leisure! I personally didn’t mind this as i was curious to what would be round the next corner this led to more and more exploration and ultimately more and more death. 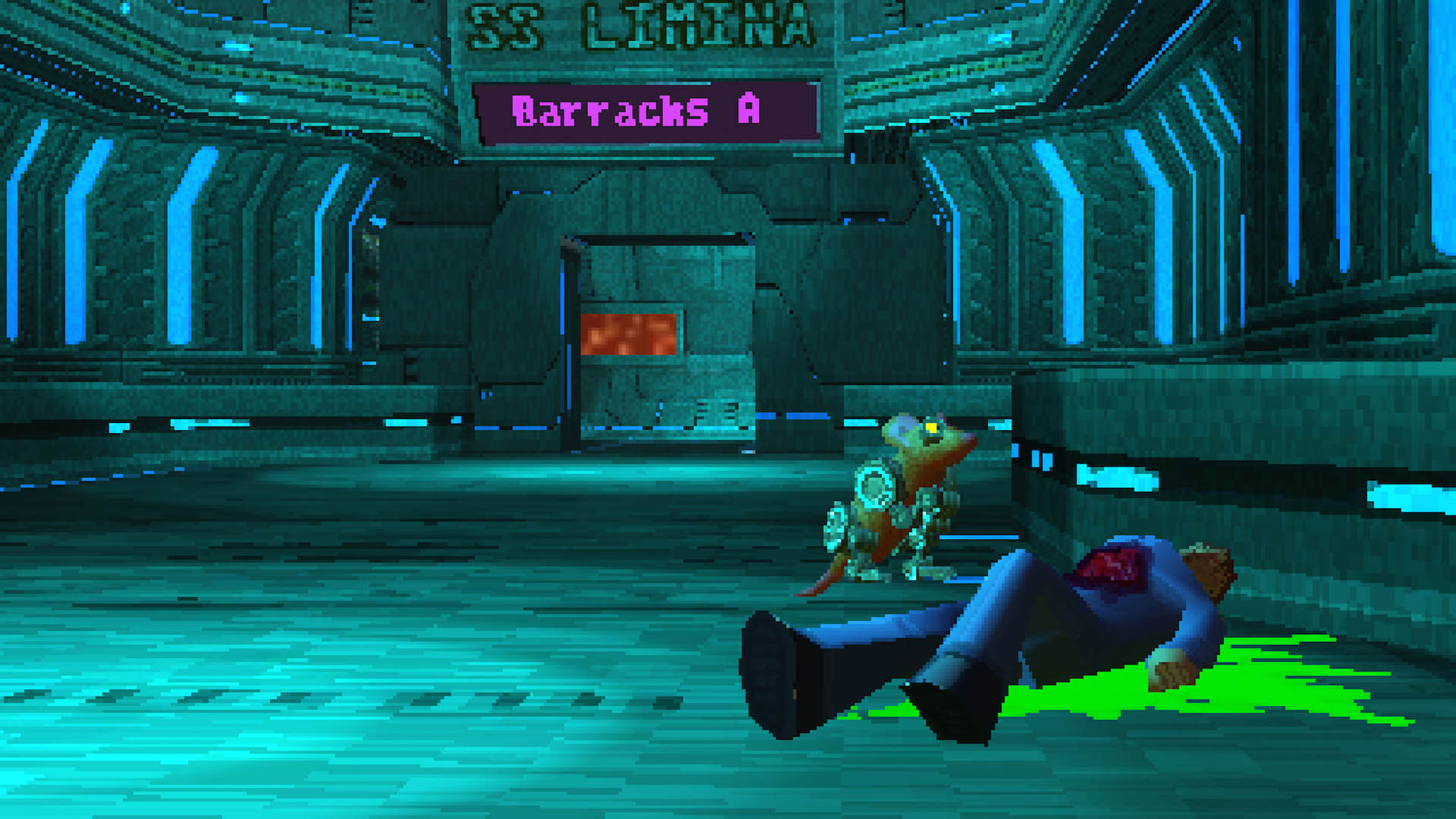 One important point I want to make is that i think this game should of included a VR world, as the visuals to me would work perfectly on this piece of hardware. I think the simple gameplay and sketched world and wacky animations would of truly been a treat to play in virtual reality.

Overall I enjoyed my time with the magic circle more than I initially thought I would. It defiantly grew on me as I explored more of the world, found more data for my mobs and sent them to battle evil queens! My only major gripe apart from the few bits I have mentioned is that it has very long start up time, this doesn’t effect the game directly once your playing it, however I was waiting around 5 minutes for the game itself to simply load! apart from this I can definitely see myself going back to play this game just to see what bizarre things it can surprise me with next!