Aragami is the debut title from Lince Works, releasing across all current gen formats and desktops they hope to rekindle that Ninja magic using a unique art style. Will this be the Solid Snake of indie titles or is it more a case of Snake’s Revenge for this wandering spirit. 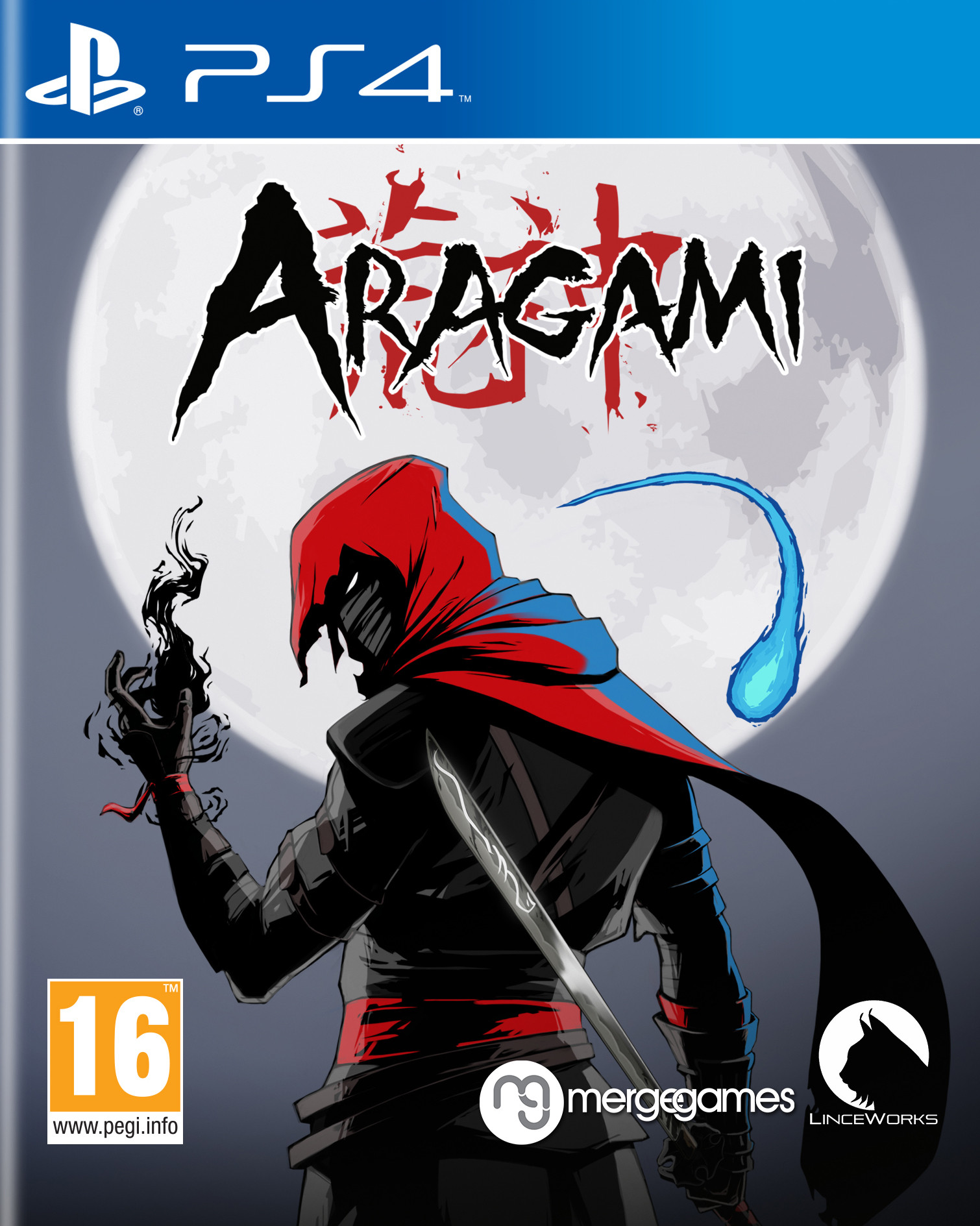 Aragami sees you controlling a vengeful ninja spirit who’s powers revolve around darkness, you have until the sun rises to take vengeance and uncover the twisted tale unravelling with each chapter.

Initially I thought the story was going to be nothing more than padding, thankfully I was way off the mark. Without going into details the story is filled with flash backs and treachery shown out of synch, this seems off putting at first but once you piece it all together and trust me you’ll want to by the final chapter, it’ll stick with you long after that final assassination. Initially the characters seem like bland clichés but as you get further into the game they come into their own and see some fantastically talent writing which really helps you get immersed into the tale.

The voice acting really suits the tale, it doesn’t feature an English dub but that just helps keep to the tone and theme of the game. The music in the game is sublime, it really adds to the game and as all good stealth games do it changes with context. It does feature some naff electric guitar boss battle music but as a whole it holds more better tracks than Musou fodder.

Visually the game is something to behold, affectionately I’ve been describing the game as a Cel Shaded Tenchu but that doesn’t do it justice. The character model for Aragami is so detailed and fluid during play it’s like playing manga, especially his Cape which reacts to his movements. The lighting effects which play a huge part of the game really shine with the art style, it’s glorious to see the light of a candle flicker in a dark room and the light move with it.

The level art and design is a little hit and miss with some levels like the graveyard, some of the urban areas and the initial area really impress, other levels seem a little less inspired and as such go through the motions. There are some out of place platforming sections in parts which kill momentum and in my experience didn’t work too well especially the stricter timed sections.

The gameplay is extremely satisfying if you’re a fan of stealth games, be warned there is no combat and unless you are nimble on your toes if you get spotted you get wiped out.
Initially you don’t have much of an arsenal outside of your shadow teleport, this allows you to jump from shadow to shadow seamlessly, this allows for smooth level progression and some impressive kill set ups.
Later on you gain more abilities through hidden scrolls, these range from decoys to shadow monster traps, annoyingly there is no option to distract guards without unlocking the ability and the same applies to moving bodies which can ruin no alert runs until you unlock the move.

The game runs smooth for around 70% of the time but does suffer frame rate issues when performing take downs of when in the denser areas. The campaign clocks in at 8-10 hours for your first run, it’s impossible to get all the medals on your first run as one is for ghosting a level and another killing every enemy. Finally to top it off there is a multiplayer mode but as of this review I was unable to match with anyone to try it out. 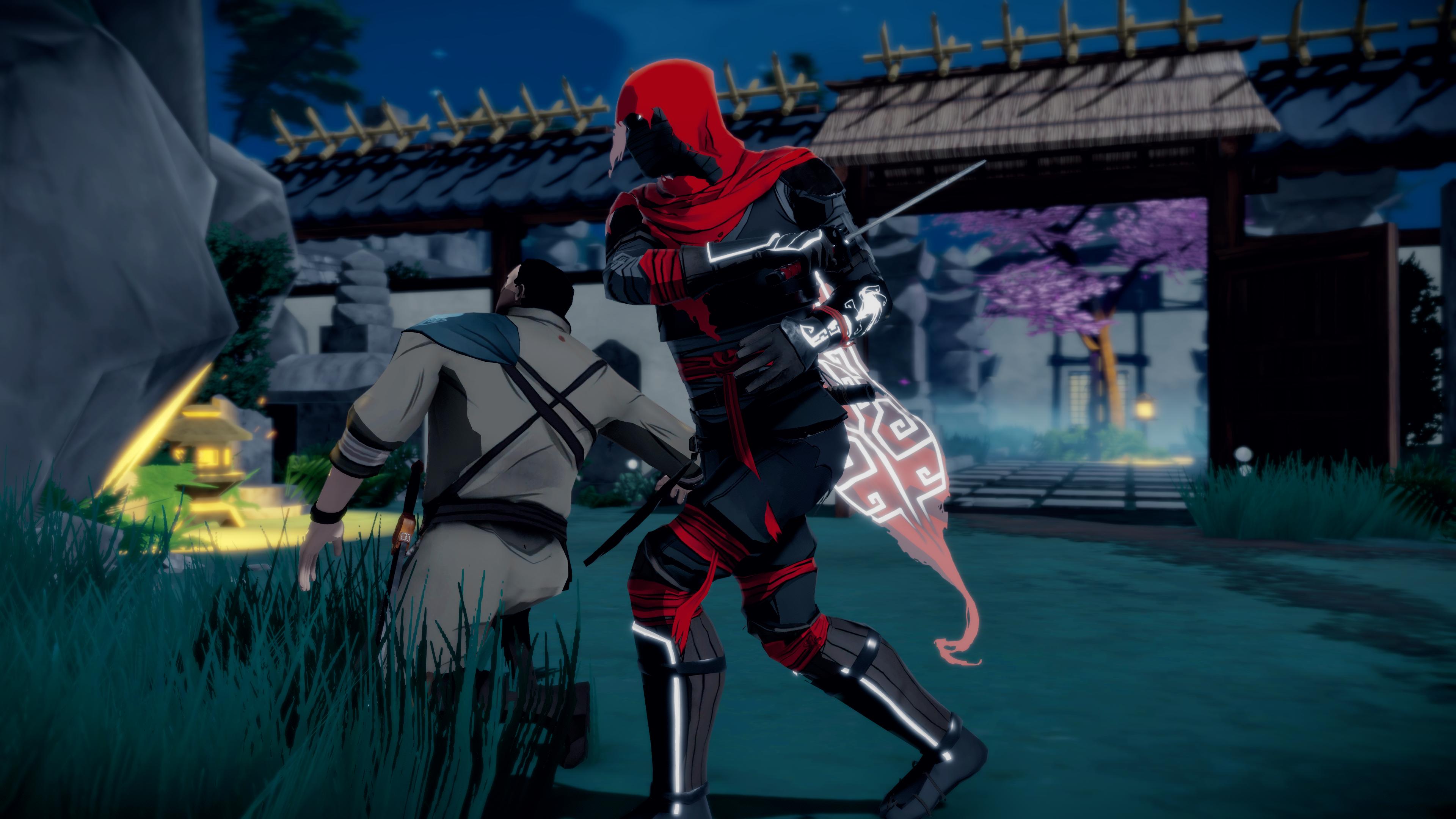 Overall Aragami is a joy to play and even better to experience. The art style coupled with the beautiful soundtrack topped off with some buttery smooth animations means screenshots really do not do this game justice, controls are responsive and the campaign is easily worth playing through at least twice. Performance issues, dodgy guitar tracks and some less than inspired levels hold the game back somewhat but these are all things than can be addressed in future titles, overall I highly recommend Aragami and it’s certainly snuck it’s way into the shadows of my heart 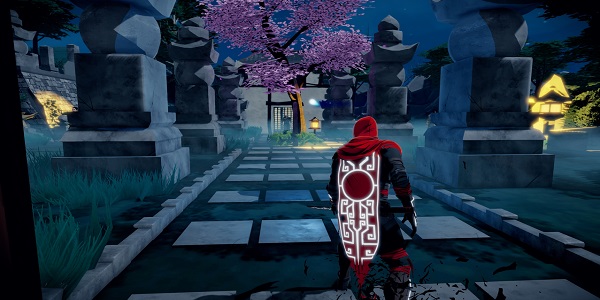