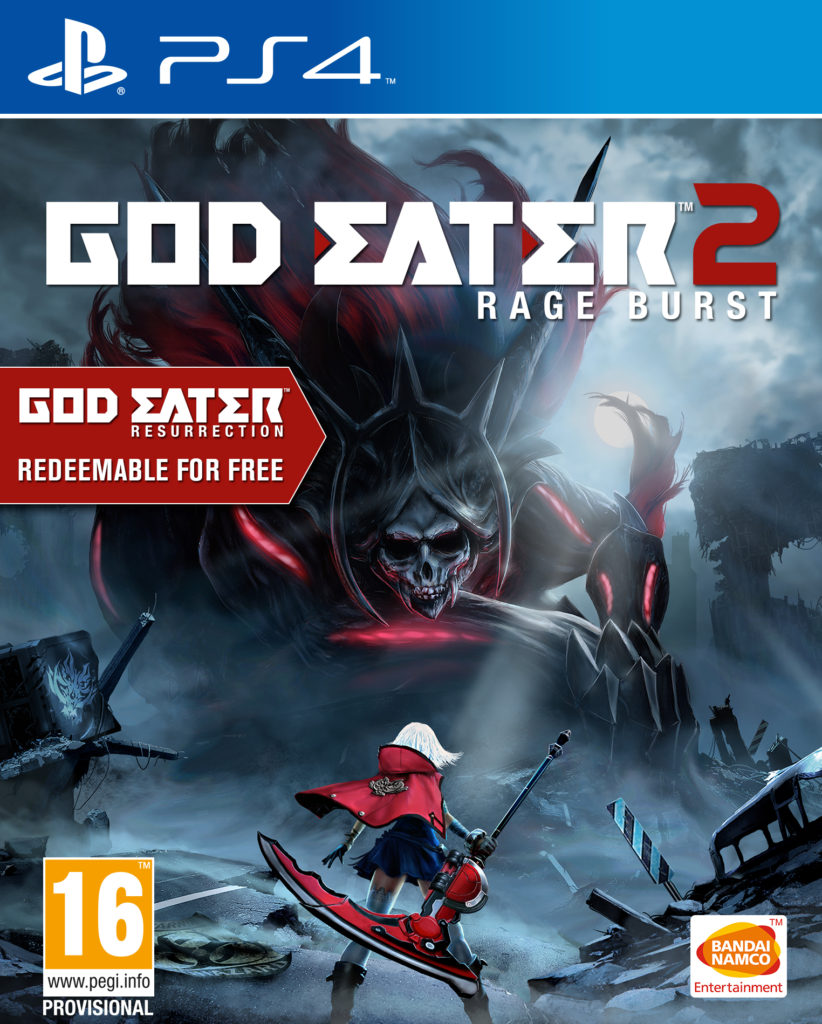 If you have never played anything from this genre it usually plays out the same way, you are given a mission to hunt usually some kind of beast, these play out like boss battles and will make you think and apply all your focus if you want to come out on top, once you are victorious you move on to bigger and tougher foes, God Eater 2: Rage Burst in this regard follows the flow nicely.

Where God Eater 2: Rage Burst changes it up from it’s peers is that it gives better and more personal reasons for taking up the field and laying out gigantic beasties. Not only is there more narrative than usual but there is also more focus on the surrounding cast and as cliché as they might be it’s interesting to learn more about your fellow hunters. 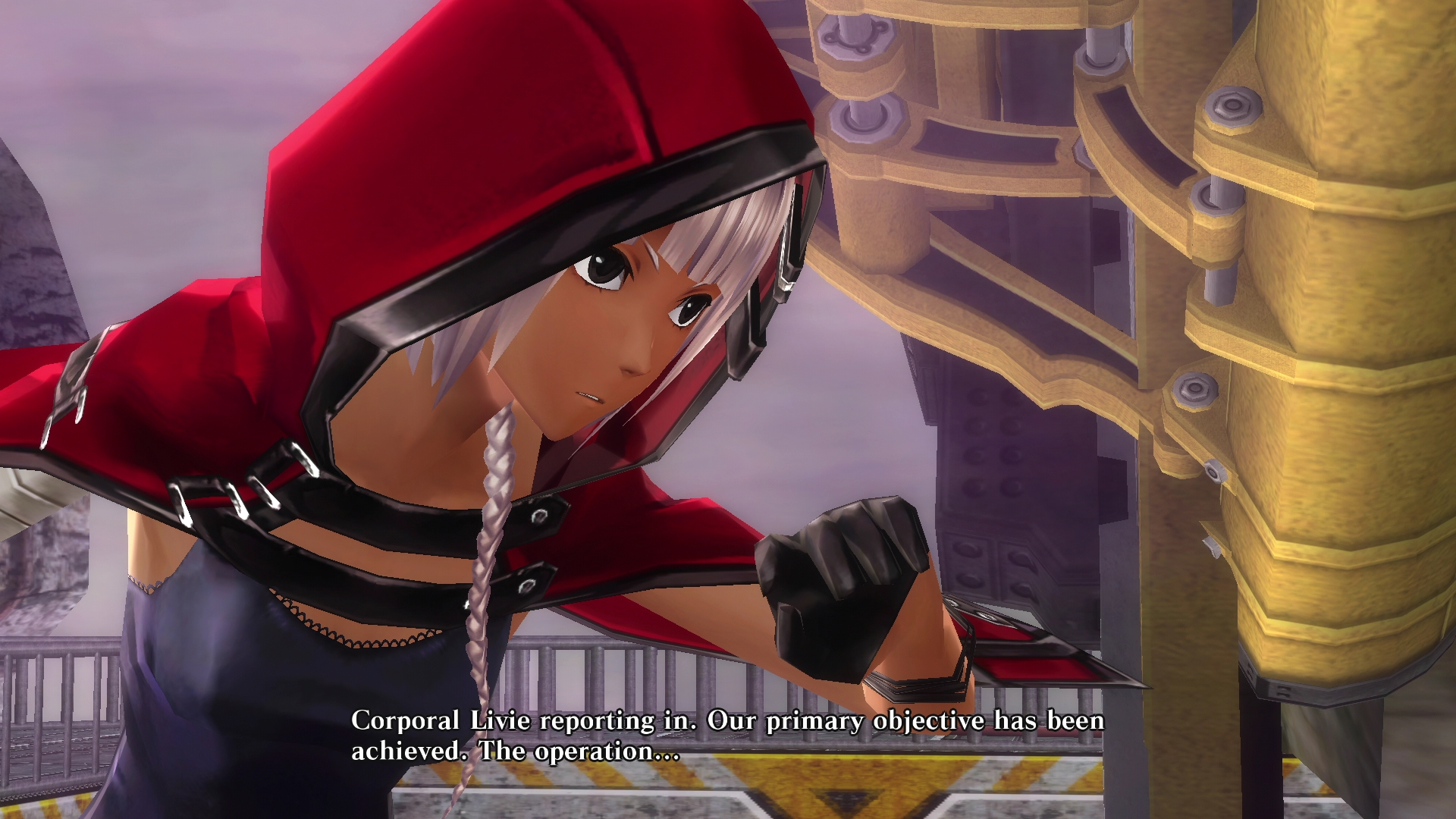 God Eater 2: Rage Burst is set in a post apocalyptic world far into the future, you are part of the specialist group BLOOD who are tasked with taking down the Aragami which have incidentally, destroyed humanity. The narrative doesn’t do anything particularly special with this set up and if you’re versed in anime you’ll see the plot coming from miles off, obviousness aside it is however a welcome addition to the genre to have more of an immediate and engaging reason to be hunting.

BLOOD use weapons known as God Arcs to take down the Aragami, there are effectively shape shifting weapons which go from Melee to Gun at the touch of a button. The God Arc also allows you to devour your enemies giving you extra attacks and loot during battle, it’s quite an interesting design and one that ideally fits the tone of the game.

Visuals are unfortunately this titles weak point, this is a port and on the Playstation 4 you can certainly tell. The graphics really do nothing to push the power of the PS4 and I would say are even further behind than the other 2 PSVita to PS4 ports that spring to mind (Final Fantasy Type 0 HD & Digimon Cyber Sleuth).

The music for the game is an eclectic mix of hard rock, throwback video game style jingles and J Pop which is incredibly hit or miss depending on the situation. The English Dub is as cringy as you can imagine and it’s often bewildering why the fate of humanity has been left by what sounds like the cast of the Rugrats, now not all the voices are bad but it’s a situation where when it’s bad it’s REALLY bad.

Gameplay is king when it comes to God Eater 2 and fortunately there is a tonne of it. Despite this being the first release of God Eater 2 to come out over here it’s actually the 2nd version of the game so you not only have the original content but also the Rage Burst campaign stuff too! On top of having an amazing amount of story content the game is also packed with additional extra missions to really test your Aragami slaying abilities. These additional missions are also built up with multiplayer options because what good hunter wants to go alone? Finally you can replay past missions to grind for resources to improve your load-out which just adds more depth to this already impressive time sink.

Gameplay is typically made up of you wandering around the hub where you sort out your load-out, upgrade and craft new weapons & items, further the story via dialogue and then accept your mission, this is then followed by your hunt. These hunts are 40 minute missions in which you have a specific target to eliminate, you are usually given hints beforehand but until you actually take on the Aragami you’ll be mostly in the dark and this where the thrill of the game comes from, the need to be adapting to the situation on the fly. This is helped out by the fact your weapon can change from melee to ranged at will and using “Blood arts” to help enhance your skills alongside linking with your team for more powerful ranged attacks. Once your hunt is finished you’ll go through your loot, earn points to unlock more stuff in the shop and depending which team mate you took into battle you can get further bonuses.

One of the better additions in this game is the ability to customise your weapon using discarded God Arc’s found in battle, you may have the same weapon as someone but you can use these drops to customise the weapon to how you choose to play thus making it unique to you, it’s a little daunting at the start but once you sit down with the system and switch up your weapon choices you can really branch out and bring the pain. There are quite a few systems in place to give you total control how you approach combat such as the ones mentioned above and the ability to combine bullets to make new types, the key here is it never feels daunting and it’s taught properly and given enough time to settle in before the next one is available. 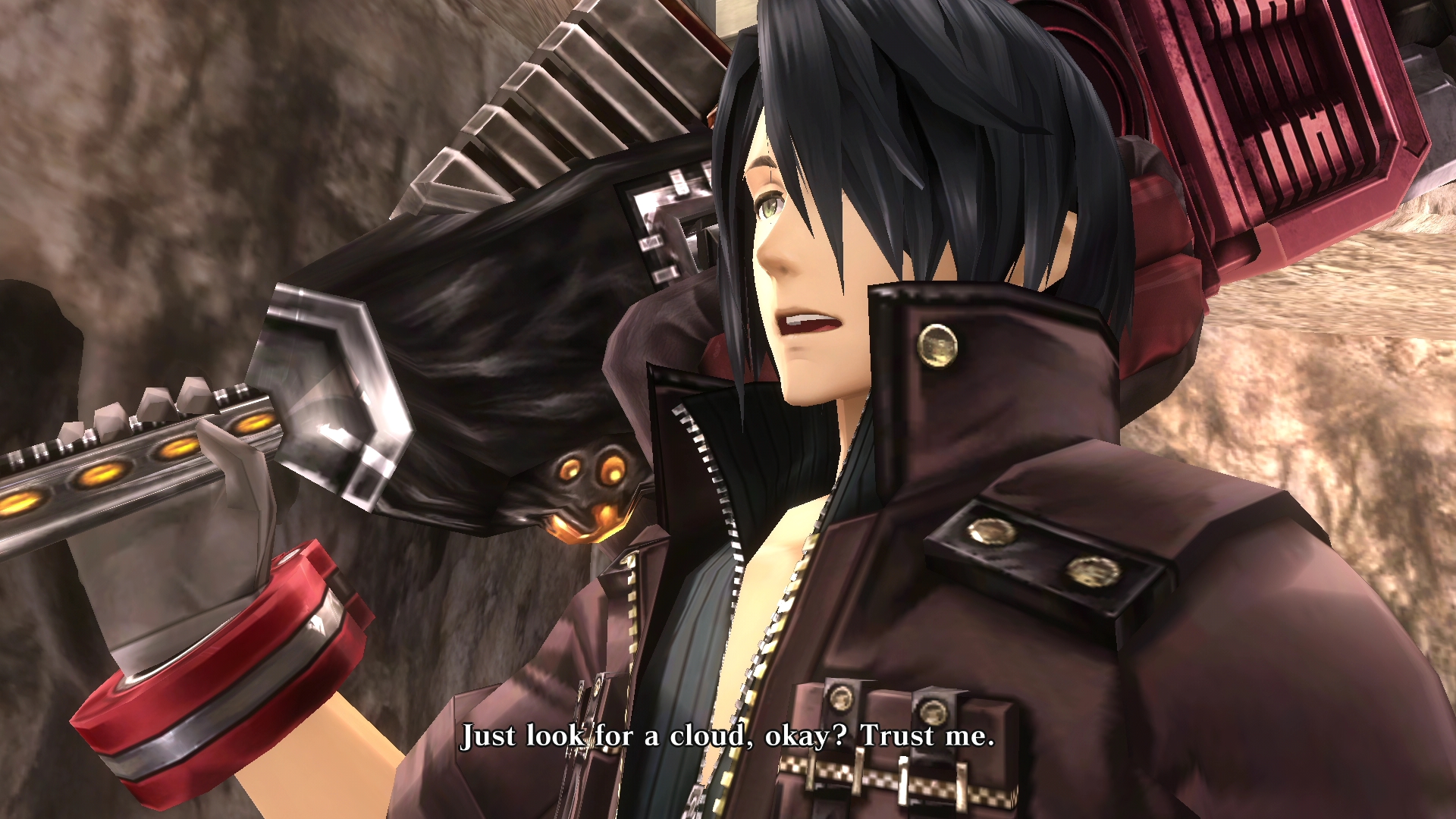 The controls with God Eater 2: Rage Burst are a little wild at times and can take a little tweaking or patience to get used to, one of my main issues with this is  the camera which swings far too fast and never quite feels like it was designed with the right analogue stick in mind (which it wasn’t but this should of been addressed within this port in my honest opinion). Another thing that is missing is feedback in combat, you never really feel like you’re hitting the enemy which can often lead to you performing a combo on thin air but once again it just takes a little while to adjust to.

All points considered God Eater 2: Rage Burst is a fantastically fun time sink which awards you with just as much as you put into the game, it’s not as initially daunting as Monster Hunter and the story-line as cliche as it is can be quite enjoyable. There is little out there to really compare to your mission going south and you battling alongside other God Eaters and coming on top of the hunt, even if initially you’re fighting the controls more than you’re battling the Aragami. When you buy the game new you also get a download of the remake of God Eater: Burst called God Eater: Resurrection which is also well worth playing, it just adds more bulk and worth to an already amazing package.

Despite lacking visual flair and polish of other titles available on Playstation 4 this is certainly the best of it’s genre available on both the Playstation 4 & Vita and will consume your game time so easily you’ll wonder where the time has gone when your game save hits 50+ hours. It’s a strong contender for my personal favourite game of the year and hopefully enough people join the hunt to make Bandai Namco run further with the series and truly slay the gods.