Gal Gun. A series I hadn’t expected would be seeing a release in the west. It’s one of those series that’s just too Japanese for most people to get. The original Gal Gun, which released on numerous systems only in Japan, went under most people’s radars. Being the only member here to have played through it (it still sits on my shelf even though I no longer have a Ps3) meant it was my task to see how this localised sequel fares. Is it a panty peeking paradise? Or is there actually a decent game here? Only one way to find out… 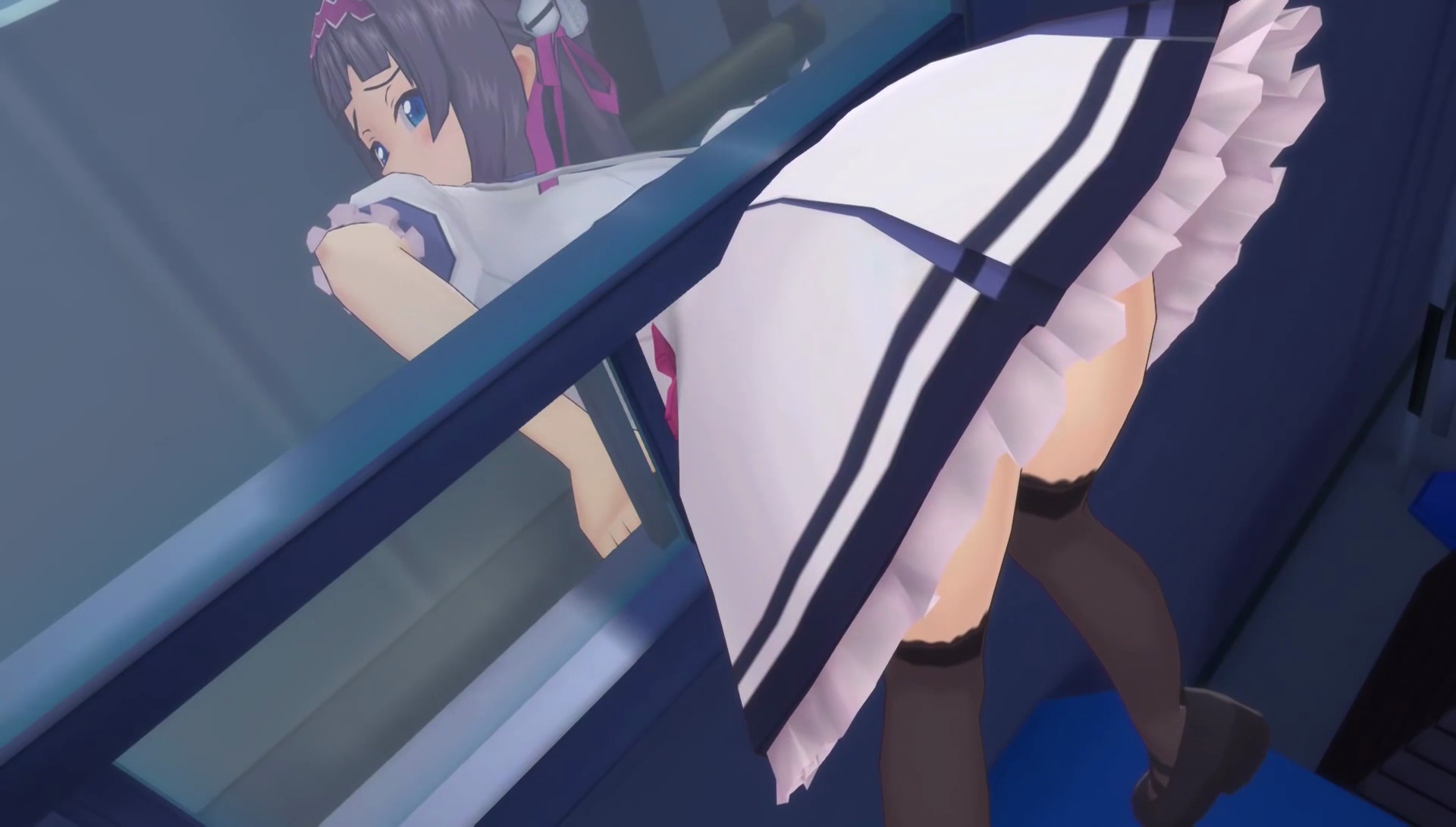 This sequel takes place after the events of the original, with event’s now focusing on a chap called Houdai and his 2 childhood friends – Shinobu & Maya. Things take a turn from the norm as a full powered love shot from trainee angel Ekoro means Houdai only has till sunset to find the love of his life or spend the rest of his days alone. It’s not going to be easy though, as the demon trainee Kudoka also has her sights set on him to try and pass her latest test. What this means is there’s plenty of colourful characters that make for a humourous story at times, with each having their own personality which will no doubt guide your earlier story choices. There’s even some cameos from returning characters of the original. The excitable Aoi, who runs the school shop in the sequel, being a good example.

Luckily there isn’t just one way the story goes with this game. You have multiple endings depending on the characters you choose to focus on, with good & bad endings for those too depending on how you fare. There’s even sections thrown in that are entirely for boosting a characters affection for you, success or failure here effects your ending. Once the game is finished up the first time, you’ll also unlock additional route choices for the game – with a trophy section tracking all your progress with every route/character throughout your playtime. It only takes a couple of hours or so to finish a story, but there’s plenty to return to for a different story & ending. There’s more to see & do here than you’d expect. 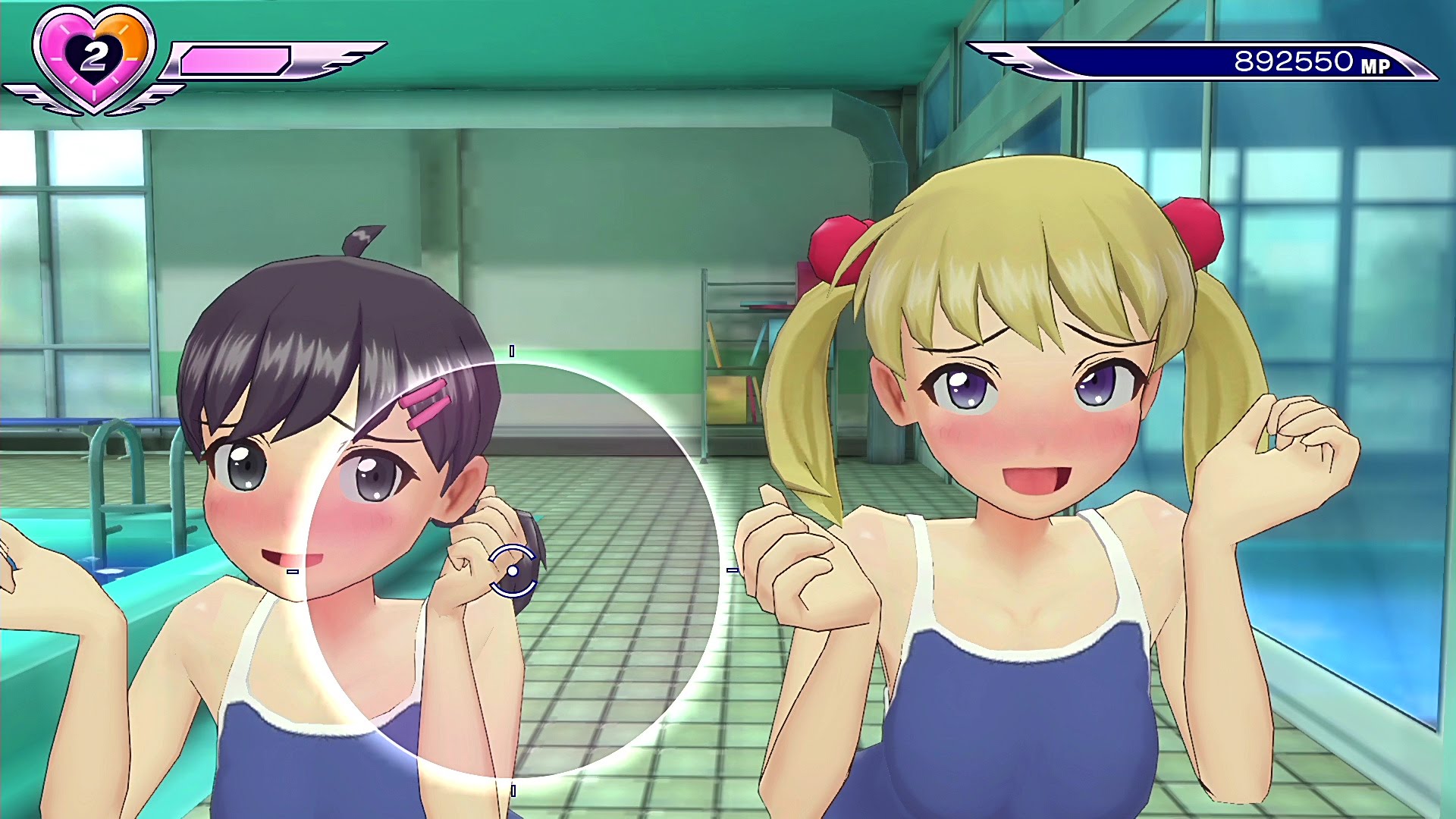 Just like there’s plenty of panties to see as well, gnome sayin’? But I’m not going to spend time discussing that aspect of the game. You’ve probably read enough about it from numerous other sites, so let’s just get back to actually reviewing the game. Gameplay is of your typical on-rails shooter variety, you go from area to area and shoot at enemies that come from multiple directions. The game does try to mix things up a little with one hit euphoria shots (when you find your foes weak spot) and the doki doki mode (which now has a euphoria bomb that can take down multiple girls in one stroke), but it doesn’t differ from the norm much & plays similar to the original. There’s even the ubiquitous ‘find the boss characters weak spot and shoot it’ battles on occasion.

The game also offers up multiple paths within levels that can have an effect on collectibles, as well as the occasional multi choice for which area to proceed to. These collectibles are usually offered by requests on your phone in between missions, and only usually visible when using the X-ray vision (this can also be used to zap any girls hiding behind objects too or focus on distant targets) so it plays into the games multiple playthrough set-up. To be honest I can’t really fault the gameplay for what it is, it has its own unique flavour to an established genre. My only real gripe is the lack of Playstation Move support. The Ps4 supports it, so I was a little disappointed to see no support at all here after playing through the original with one. It’s not that the controller doesn’t function well enough, but the option would’ve been nice for Move owners and it is a better all round device for this genre in particular. 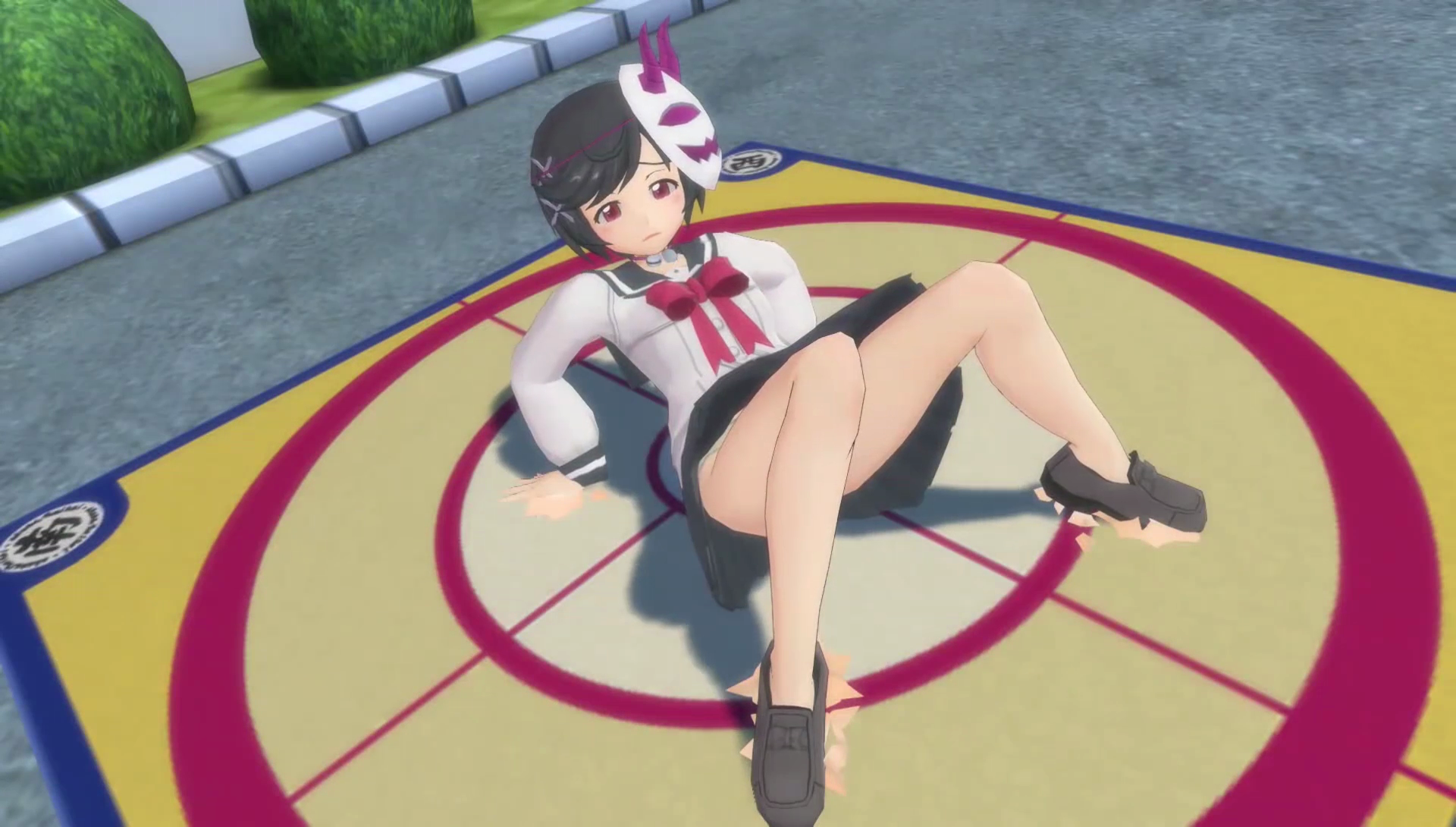 Lets get the obvious stuff out-of-the-way. This release of Gal Gun is pretty much an enhanced Vita port. The 2.7GB download size gives that away before you even fire up the game to see how it fares with its presentation. It’s not all bad though as a 1080p resolution & rock solid performance is on offer. Character models look good too, probably due to the games anime style, and the CG’s/Sprikes pack a good punch when scaled up on the Ps4. The Vita’s roots mainly show in the games texturing, which can be woefully lacking in detail at times. Sure, it’s an anime styled game, but others (such as Senran Kagura) have taken a similar path & looked more detailed on the Ps4. To be honest, having played the original on Ps3, some of the assets & locations do look eerily similar to the previous gen release. Are assets being reused? Highly likely I’d say. The audio picks up some of the slack, offering fully voiced dialogue & a punchy soundtrack to back it up. It’s a shame the games outlook is a little lacklustre, but there are improvements over the portable PSVita release at least. 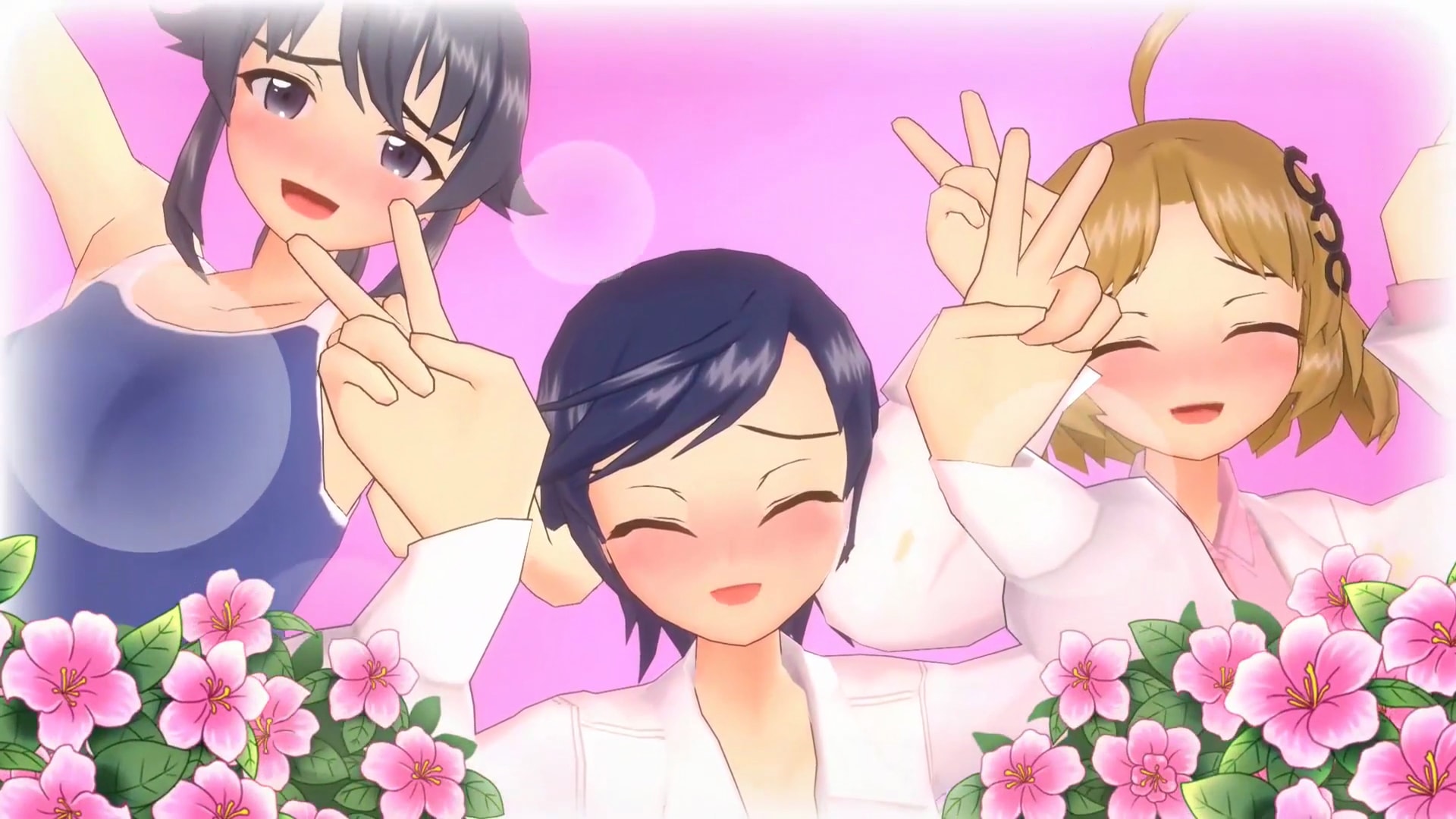 I would’ve gone with “10/10. Would peek at panties again”, but the game does suffer due to the genre it sits in & the somewhat lacklustre presentation it offers on Ps4. It does have plenty going for it though. Great characters, decent gameplay, multiple routes, multiple endings, plenty of collectibles and a tidal wave of panties. It’s not a genre defining shooter title, but it’s a lot of fun to play through in short bursts & in the end its the fun that counts the most.