The original Fairy Fencer F launched on Playstation 3 a couple of years ago, with a PC release following, and now we have Fairy Fencer: Advent Dark Force. This release is an enhanced version of the original, featuring new story paths & gameplay additions, as well as a graphical boost over the previous versions. Is there enough here to entice the double dippers? Lets find out… 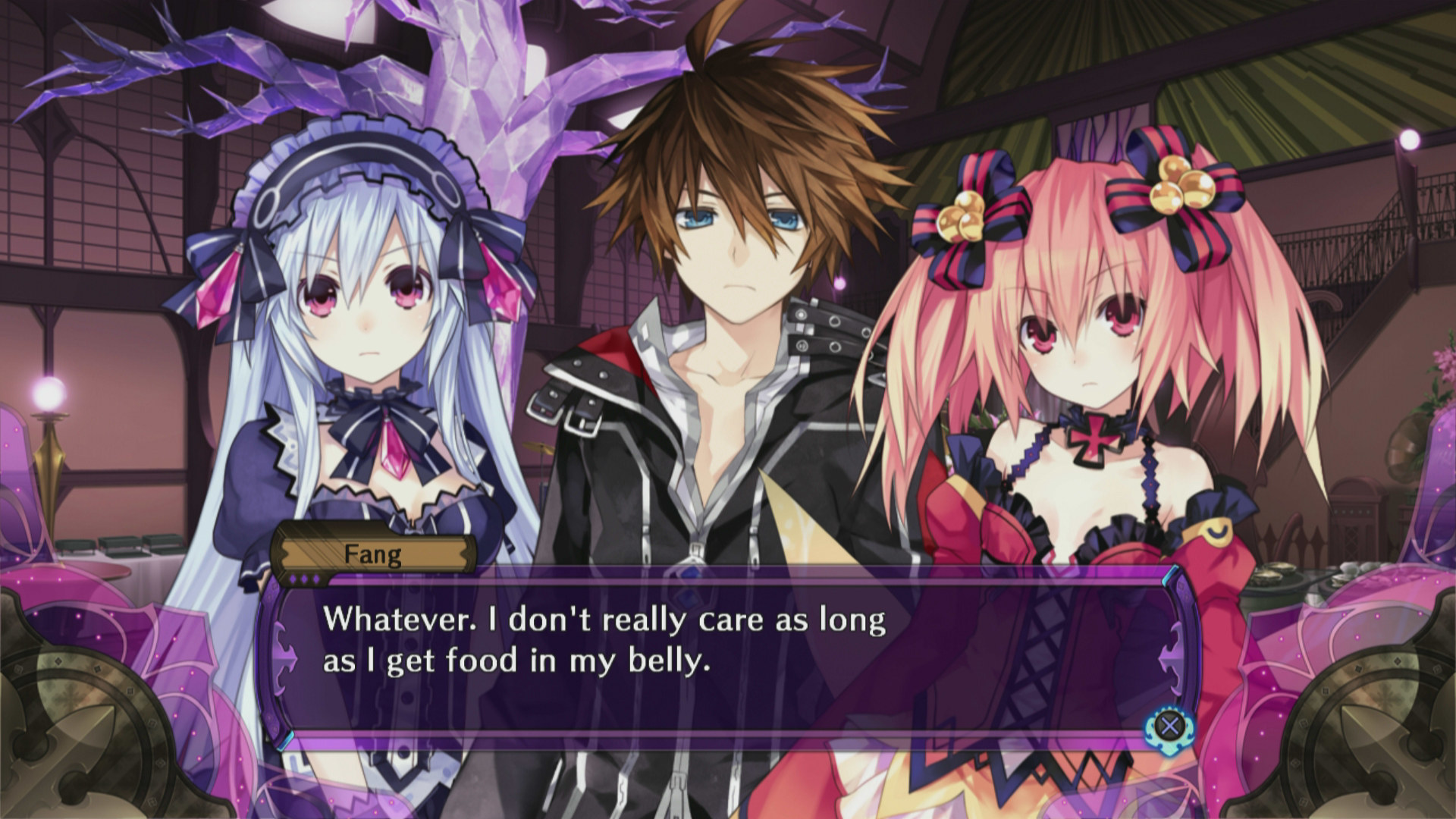 The story for Fairy Fencer is one of evil gods and benevolent goddesses imprisoned, with heroes and fairies having the power to choose who to awaken. Our journey opens up with our hapless hero, named Fang, as he decides to give a try to pulling out the ‘fury’ from a nearby rock (think Excalibur) in the hope that the fairy which will emerge will grant him the wish of food. When Eryn emerges, she eventually manages to sway Fang to take up her quest of freeing the goddess as a fairy can only ever be partnered with a single fencer, and off they go to start collecting Fury’s. It’s not long till they come across Tiara, another Fencer, that your party starts to form as she holds the same goal as Eryn and it would obviously be easier collecting the fury’s as a team. Whilst the story does try to keep things a little more serious than usual, The games numerous amusing characters will keep you entertained during the dialogue (as you’d expect of a Compile Heart title of course) and gives the game a decent foundation to build on.

The main addition for this release comes during the second part of the game, where your choices leading to that point will offer up 3 different story routes. This is one of the aspects those that are double dipping will appreciate as the new route offers a different story & feel to the overall narrative. What you may not enjoy so much is the first part of the game. Aside from the odd dungeon & extra dialogue sections, little else has changed. It’s pretty much about 75-80% the same as the original release, which can make it a bit of a slog if you’ve been there before. Newcomers will find plenty to enjoy though, and the additional routes differ wildly to the original that it may be worth getting past that first half for returning fencers. 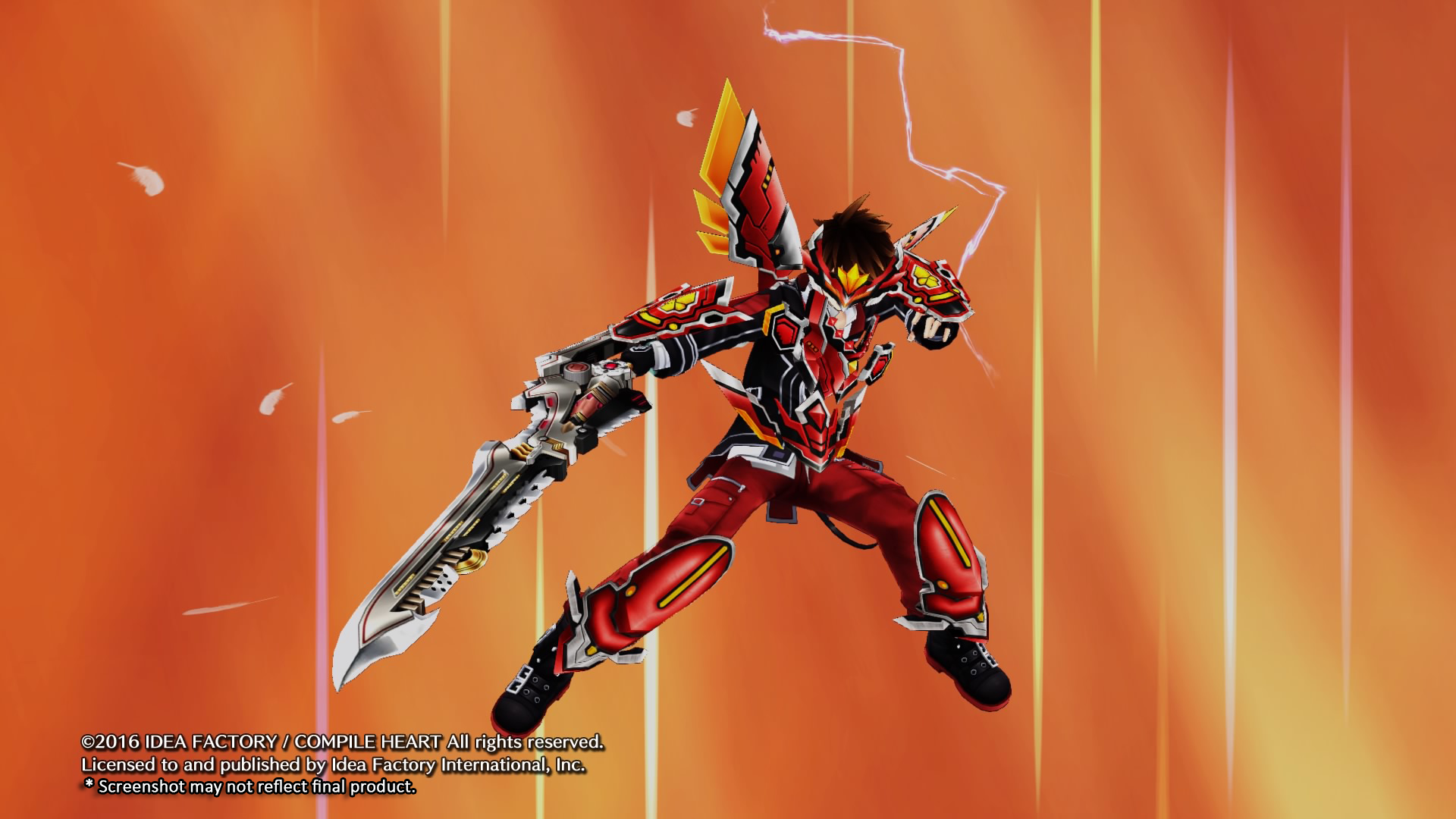 The typical structure of a dungeon system & turn based combat is in effect for this Compile Heart RPG, which will leave most people easing themselves into the fray fast enough. Exploring dungeons & starting up battles works in the same way as other CH games, giving a set area to move around in before initiating turn based attacks. You’ll get your main story quests in the Inn, which is the focal point of the central hub, with the location of additional fairies gained from showering the adorable Lola with plenty of gold. The fairies aren’t just used for releasing the goddess etc as they can be equipped or used to gain benefits when tackling pesky dungeons & foes.

One of the main additions to the game for myself is the the boost in party members able to take part in a bettle to 6. Usually you’ll find yourself having a preference for more than 3 characters abilities in trying to balance a party, so this is great in that sense. Not only that, it makes for more dynamic battles & can help when yor stuck at a difficulty spike as you now have more options to get through it. There could’ve been other additions to the game, taking some mechanics from other Compile Heart titles maybe, but the base game was good enough as it was so it doesn’t affect the games outlook. 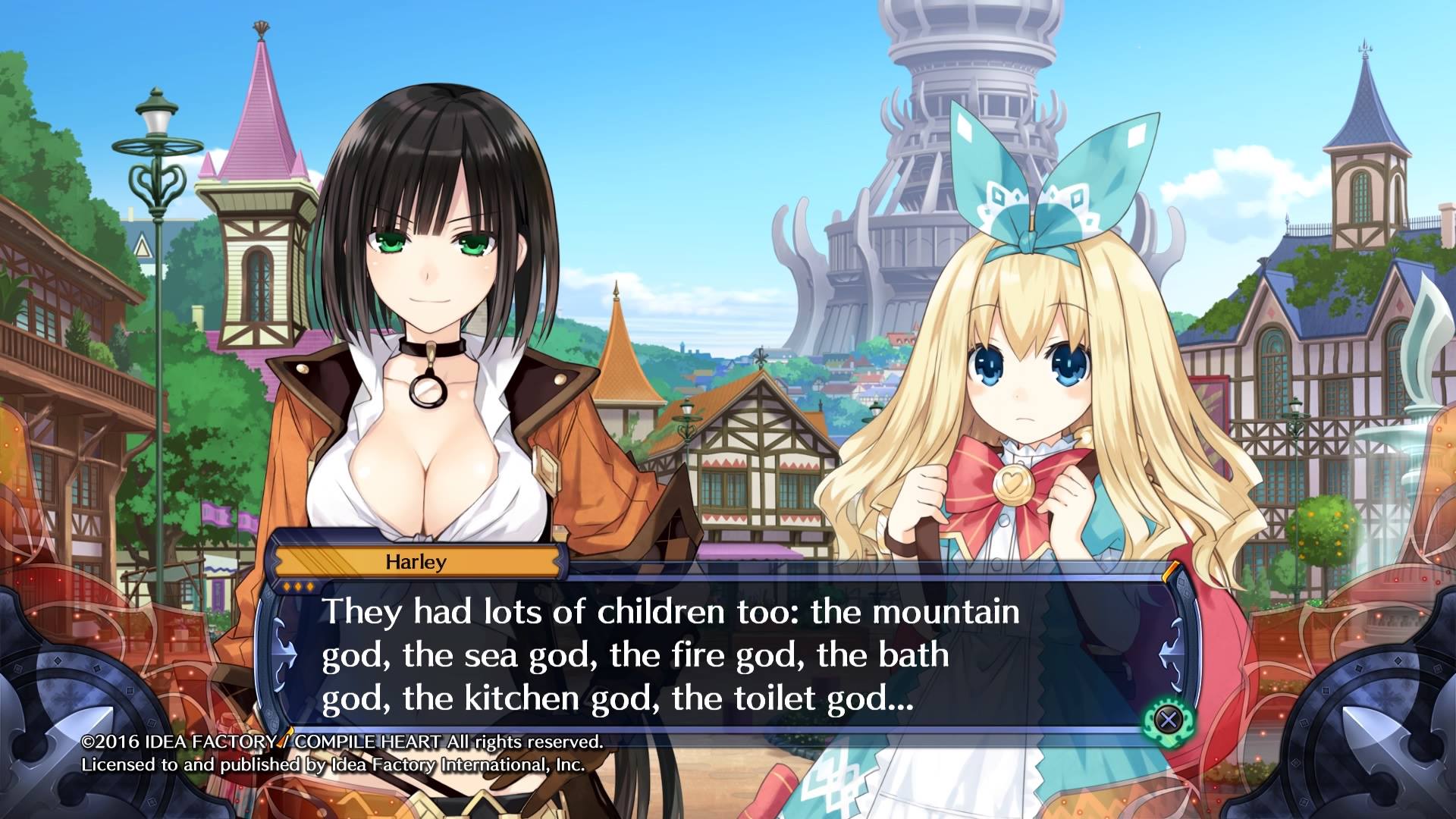 The graphics have taken a boost over the original releases on Ps3 & PC, although it’s not as big of a gulf as you’d expect. Texture’s have seen a nice boost, featuring more detail and supplemented by some additional shading techniques to give a little extra depth – which also applies to the game’s character models (although little else has been done to those) Whilst the framerate was generally good on Ps3, this release is pretty much locked on Ps4 – even with the extra party members & foes during battles. The resolution now set at 1080p helps make the improvements noticeable, with the CG’s & sprite work looking particularly sharp, yet it’s not always so clear-cut once you get out to the dungeons due to one simple issue.

The main issue I have with the presentation is down to the contrast/gamma. It has what I call the ‘360 look’. Saturation is high making for a colourful image, but darker areas are subject to the infamous black crush. It only happens during the games 3D segments though, 2D sections seem perfectly balanced, which rules out just upping brightness on the TV unless you can tolerate washed out artwork once you’ve left the dungeon. It’s something that you’ll eventually get used to, as it mainly affects cave dungeons mostly & leaves the brighter outdoor areas looking good. 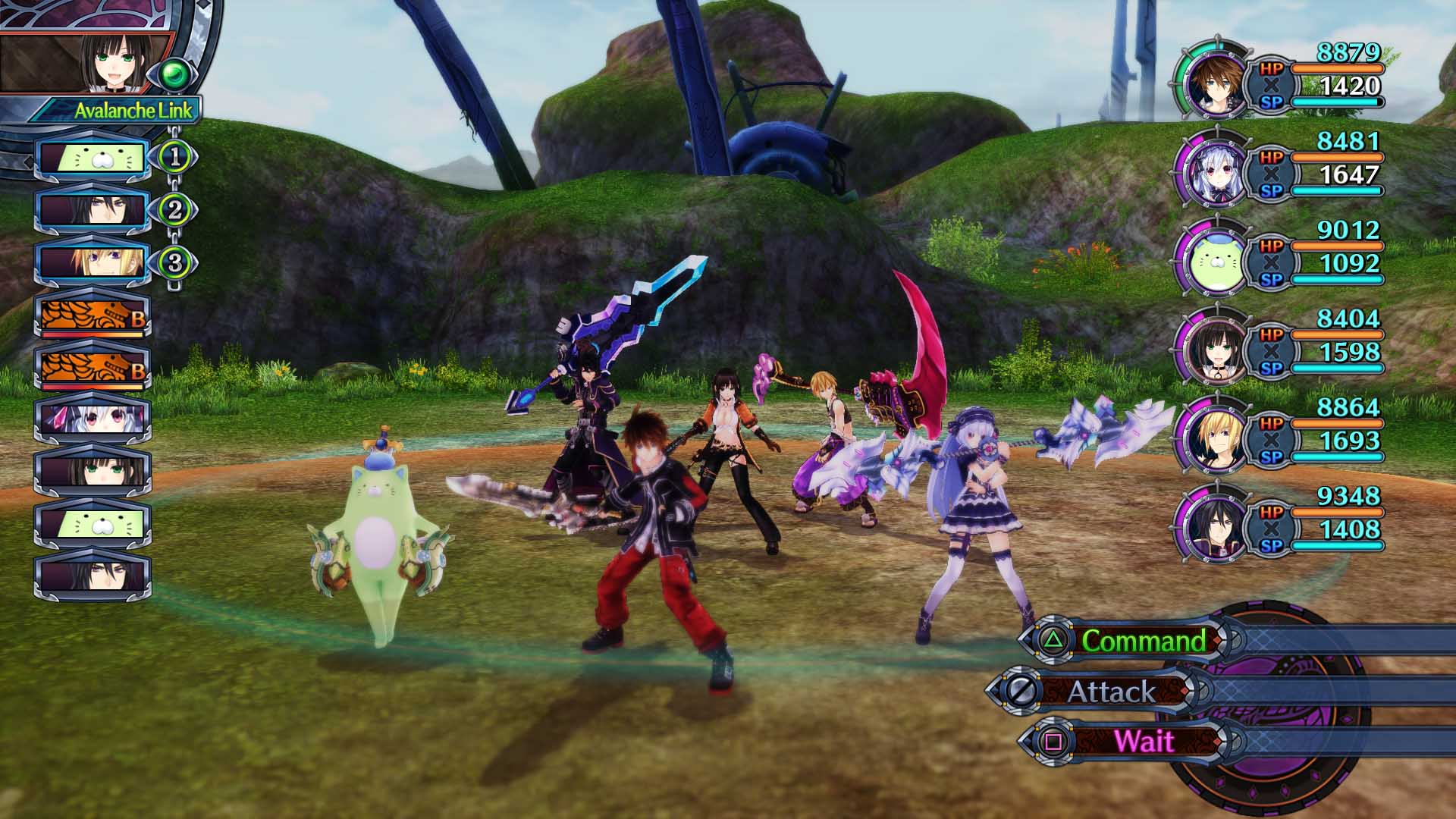 Those who are double dipping should be wary of the slog through a relatively unchanged first part of the game, but once past it there’s plenty new stuff to see. Newcomers will get the most from the game though, and the graphical upgrade is decent enough to be noticeable for those returning. It’s not without its issues, but there’s a relatively good enhanced release here to appeal to any JRPG gamer out there.