Aegis of Earth: Protonovus Assualt is a real time tactics game developed by Aquire and released in Japan in last year. The game was later localised, with a Playstation 4 version added, and was released on our European shores by PQube towards the end of last month. Does it have enough going for it to differentiate it from others in the tower defence crowd? lets find out. 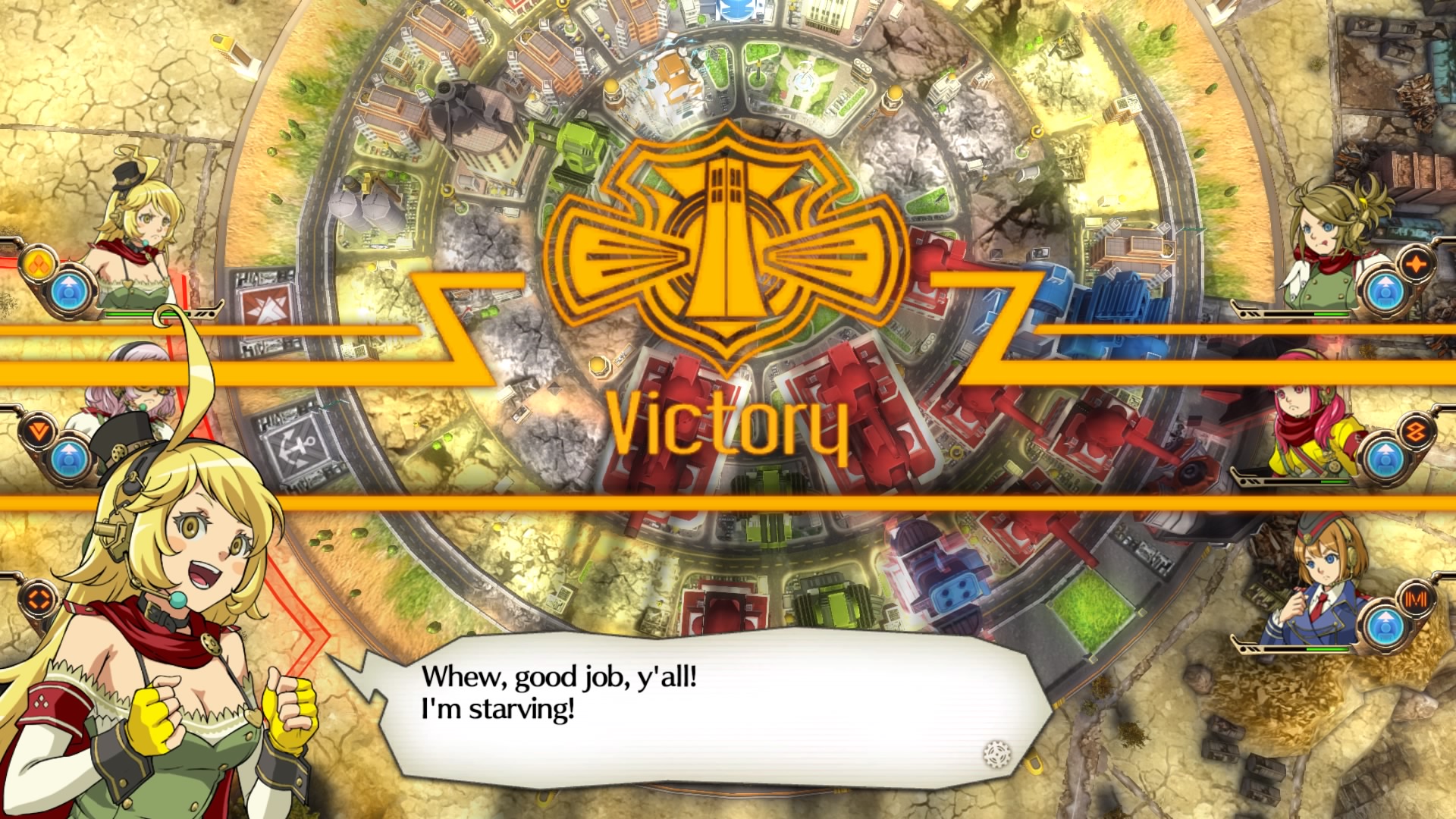 Aegis of Earth takes place on earth after a ‘shadow apocalypse’, which has seen the remnants of humanity congregating at areas that feature large deposits of Altenite. Altenite is a new mineral and becomes the focal point of humanity’s survival on this new earth. Mankind has developed new city technology to defend cities built atop Altenite deposits, as the mining of this mineral can bring forth ‘Altered State’ enemies that seek to mineral for themselves. Your story begins at Kimberly, a backwater city that is pretty much off the radar. Here you find a skeleton crew manning run down equipment, and its your job to whip then into shape & expand the city.

Story wise the game is a little lacking, especially in the earlier stages, but what helps the story along is the colourful cast. As the story progresses more & more characters will be added to your roster. Their exchanges during the visual novel-esque dialogue sequences can be amusing at times, even with most of the crew being typical anime character clichés ie an excitable loli & a work shy geezer for example. Each character is fairly unique amongst the others, with their own characteristics and abilities that’ll become apparent whilst playing the game. As is usually the case, there’ll be some in the roster you won’t take to – but it’s best to still give them a go as they may have a helpful special ability. It’s a shame the story isn’t a little more involving, but the varied cast does make up for that to keep you interested for the most part. 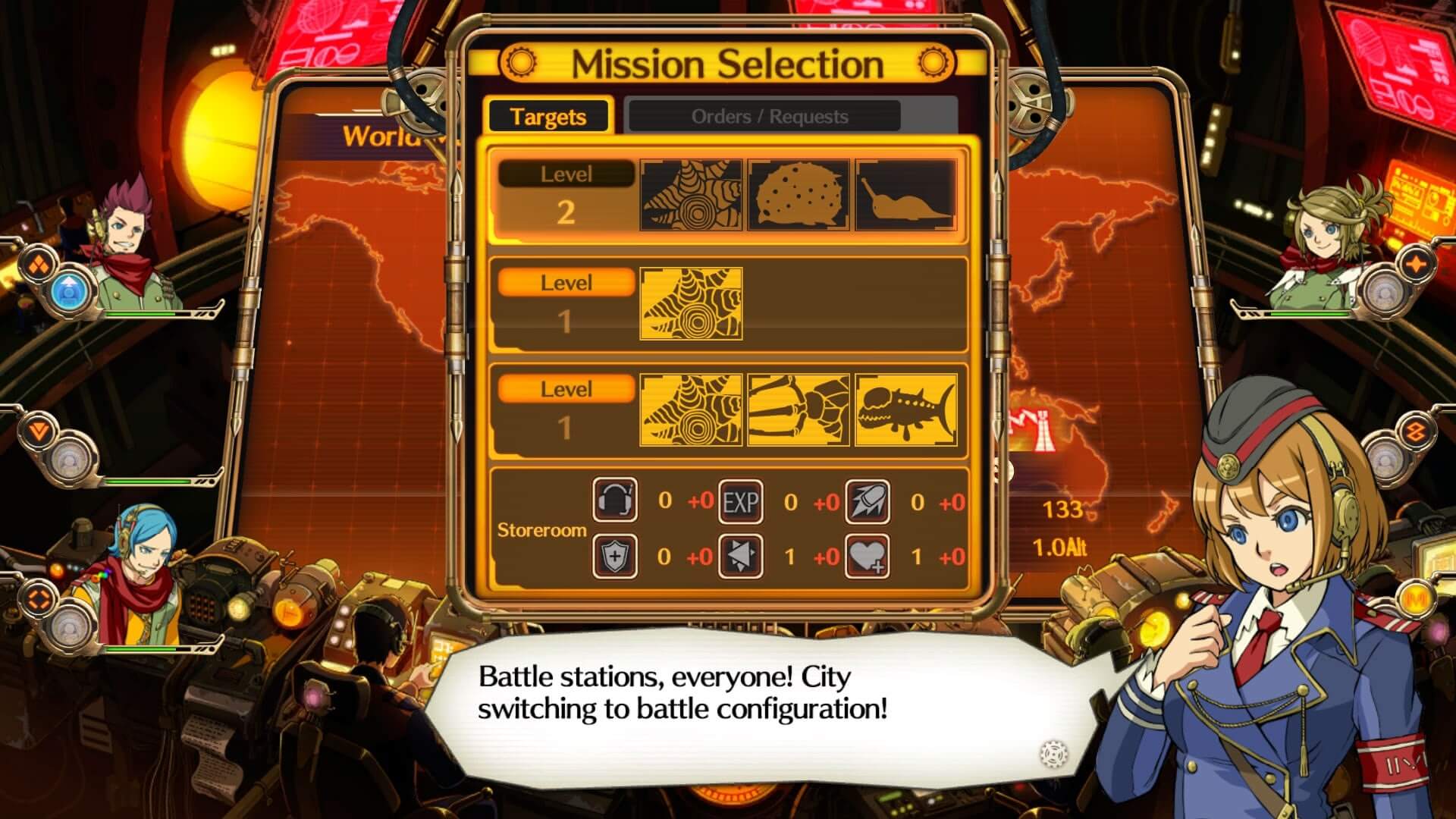 The gameplay comes in two flavours, there’s the tower defense style strikes and the city management in between battles. The strikes are your typical tower defense. Enemies will come at of varying strengths from different positions and you have to rotate your city zones to tackle them. As the game progresses you’ll unlock various unit types, as well as abilities such as locking 3 units in a row into one singular (and more powerful) unit. Defense units can also be acquired, which help boost your city’s defenses – this can have an effect on the city management aspect too. These sections start off relatively easy, but do require more tactile use during the boss encounters in particular. Getting to know the power, range and firing arcs of your weapons is paramount to victory as the game progresses.

City management is  less hands on, but no less important when your preparation & readiness can have an impact on your battles. Upgrading your weapons & residential buildings is the focal point here, ensuring minimal damage keeps the population happy and likely to grow (city level upgrades as population rises) If your population happiness drops too low, it’ll trigger an exodus – so try to take as little damage as possible during battle. Another management aspect is your team. Each strike will see their energy drop and focus rise, high focus gives better odds of unique abilities activated by your crew & low health reduces focus. Juggling this becomes paramount later, but as the roster grows you’ll have plenty of options to choose from to keep your team fresh for battle. 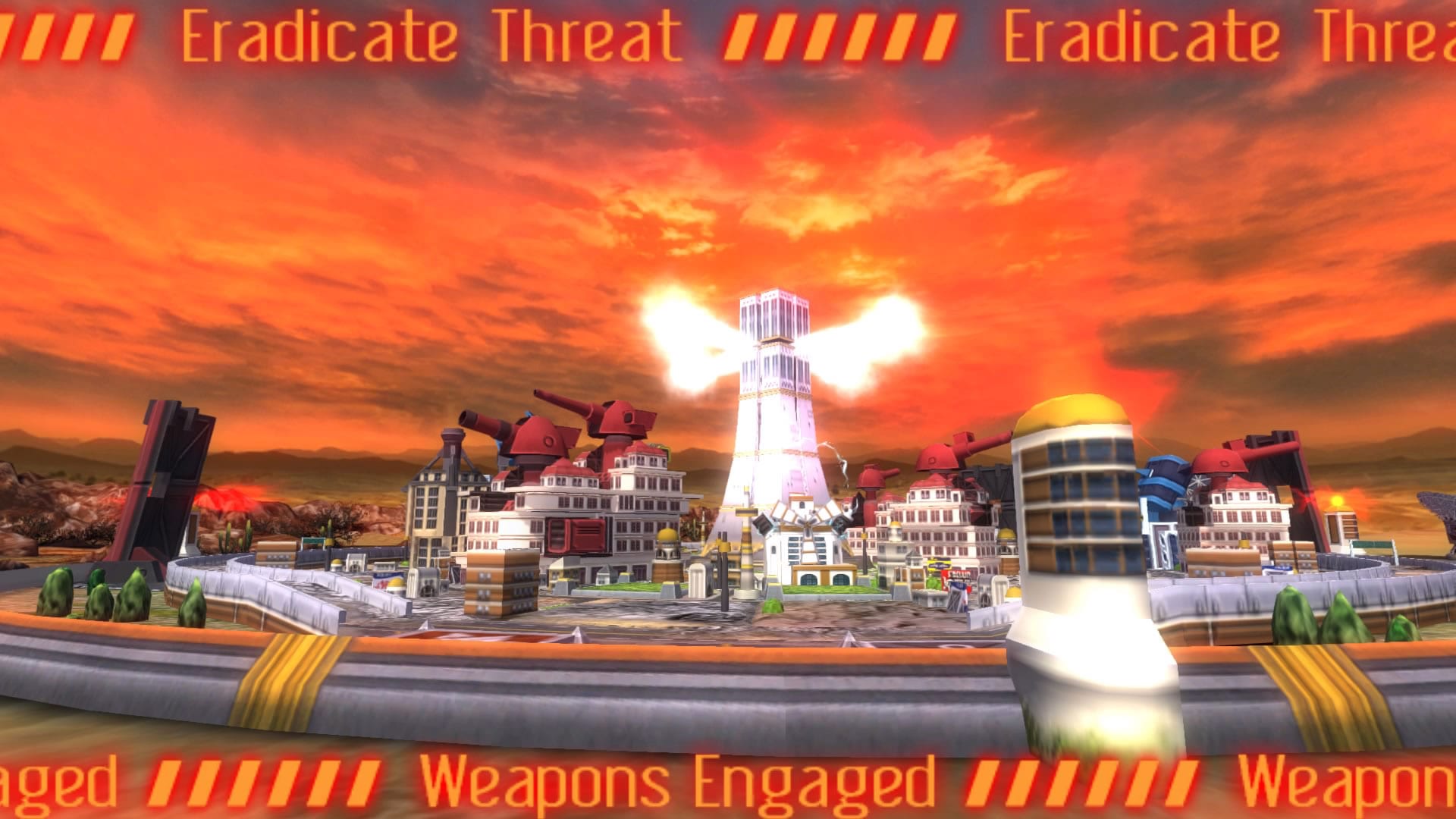 Indeed, this is most likely a Vita port. The biggest giveaway on that notion is the file size when downloading. Only a paltry 1.2GB. It is noticeable at times, there’s no doubt about that, but it’s not so bad as to affect your enjoyment of the game and can still look good on occasion. A full 1080p framebuffer is in effect, and the overall outlook of the game means that performance is rock solid. It’s pretty much in textures & models you’ll see the games roots on lower specced hardware. During event’s when the camera zooms in, on the buildings in particular, the textures can look a little devoid of the minute detail you would expect of a Ps4 release. Luckily these event’s don’t happen too often. The sprite work for the characters seems to have scaled up well on Ps4 though. Each is relatively sharp and packed with enough detail to convey the unique characteristics of the cast. The overall sound work gets the job done, the dub seems spot on for each character, but it is a shame there’s no option for the original voice track. The decent dub means it’s not a big issue though and not every dialogue piece is fully voiced either. 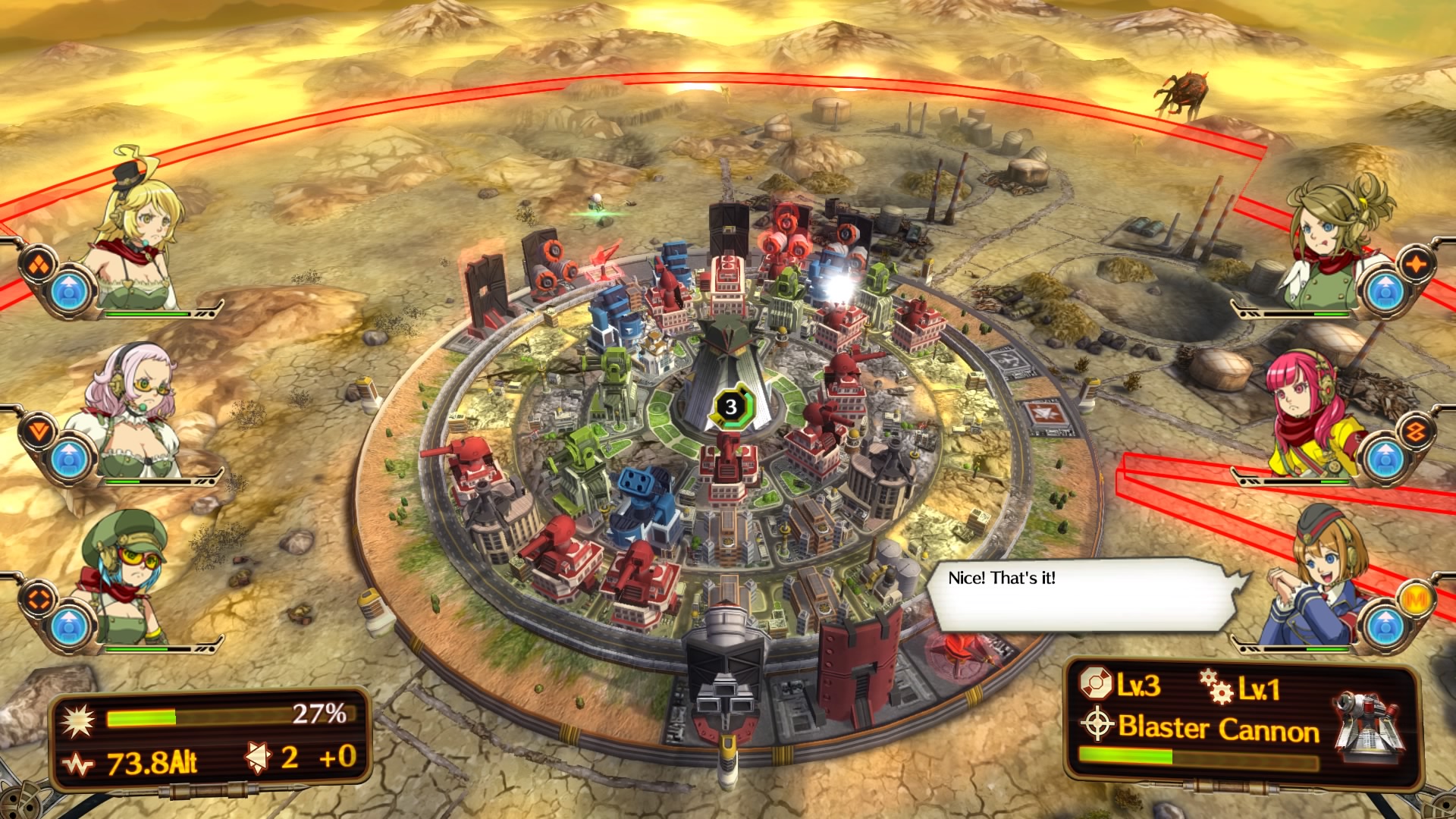 To be honest I wasn’t sure going in what to expect, I’m not really one for tower defence games, but the game did surprise. The two aspects of the gameplay seemed well in tune with each other, and the colourful cast will keep you interested during the long haul. It’s a shame the overall story is a little lacking tho, and the game is clearly designed around the PSVita’s capabilities. Still, Fans of the genre may want to take the plunge with Aegis of Earth if you are looking for something a little different.