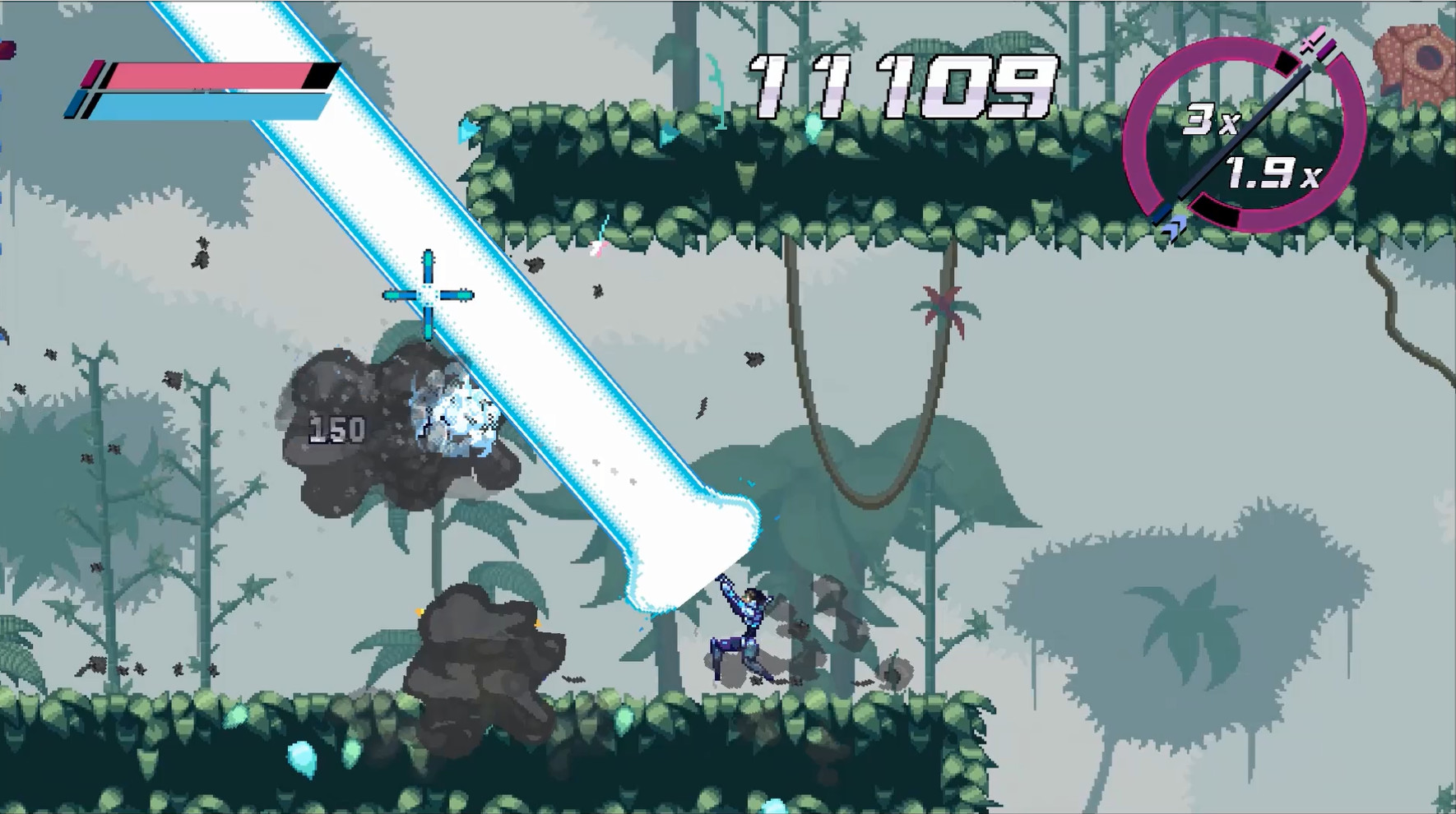 Score Attack games are nothing new, but over the last couple of years has had a resurgence thanks to excellent titles such as Super Hexagon and the like making the genre a little crowded and requiring something truly special to break into the market. Sadly right now Blood Alloy Reborn already has a failed kickstarter behind it and is currently feeling more like a good Early Access title than a refined full release.

That is not to say that it wouldn’t have potential if it was currently an early access title because what is there is a good start that could do with being seriously built on to become the game it deserves to be. Blood Alloy Reborn sees you taking control of deadly Cyborg Nia Rhys and jumping, sliding, flipping and wall running your way around arenas with extreme mobility fighting wave after wave of random enemies and trying to build your multiplier and stay alive for as long as possible. 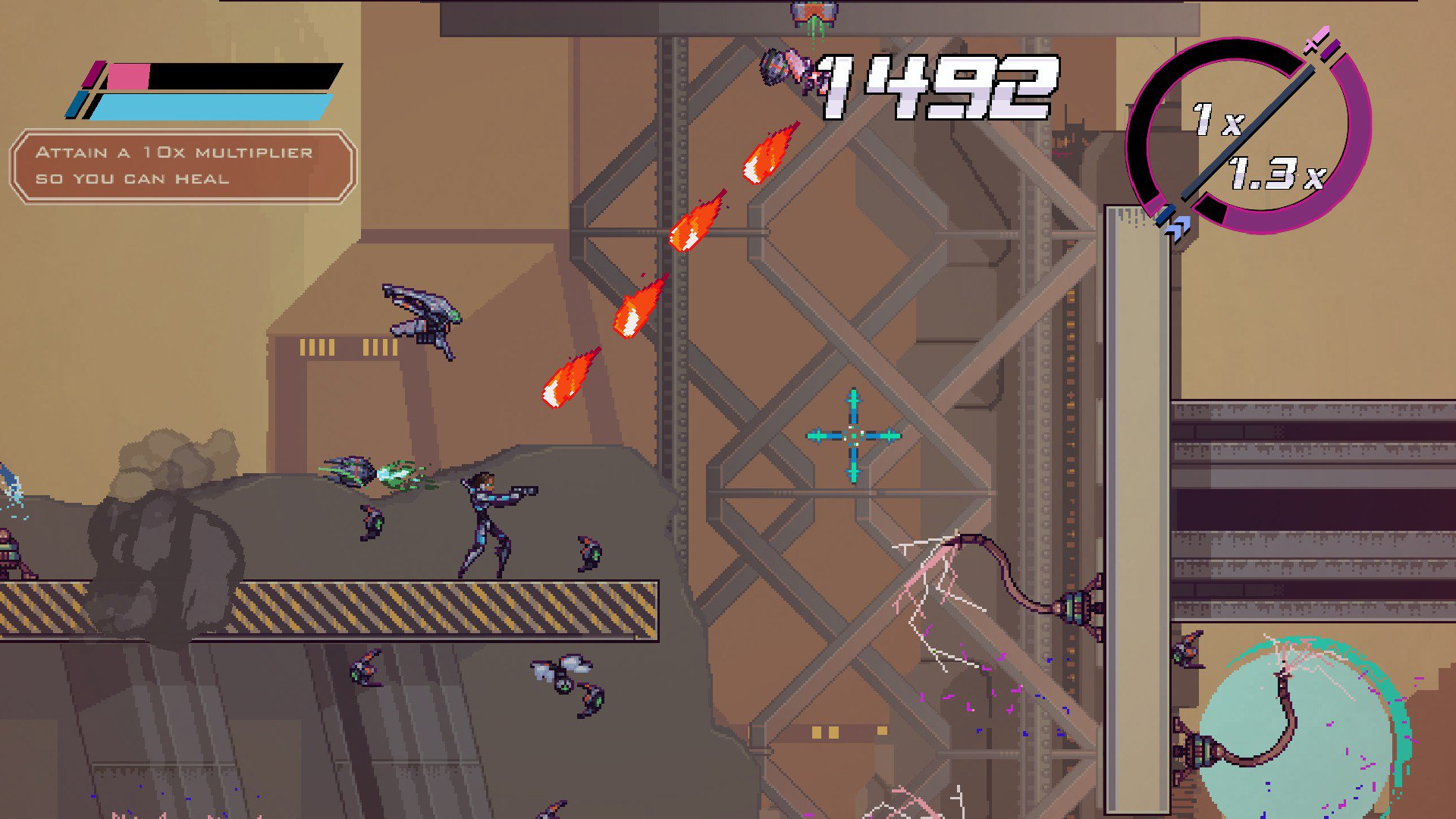 While this is standard for the genre, this is the area where Blood Alloy shows both its greatest strength and biggest weakness. Flying around the screen with absolute pinpoint accuracy, destroying enemies with both sword and gun is genuinely exciting and pure fun, showing that Suppressive Fire know exactly what they are doing when it comes to 2D action and platforming. However, no matter how fun and exciting the combat is you will quickly find yourself getting bored of playing on the same 3 arenas over and over again. The progression system is also a little lackluster comprising of 3 guns, 3 sub weapons and 7 armours which never end up actually feeling worth the chase and effort you have to put in to get them.

Graphically Blood Alloy once again falls a little flat with the backgrounds and enemy models being a bit on the boring side but there are occasional points where the bullets and explosions going around the screen actually look great and those are often enough to distract you from the blandness of everything else.
The soundtrack and audio though I am happy to say are absolutely amazing, it is difficult to not get in the mood for blasting some enemies with the high octane, bassy electronica and the great futuristic gun sounds. When coupled with the precise controls the sound really helps draw you in. 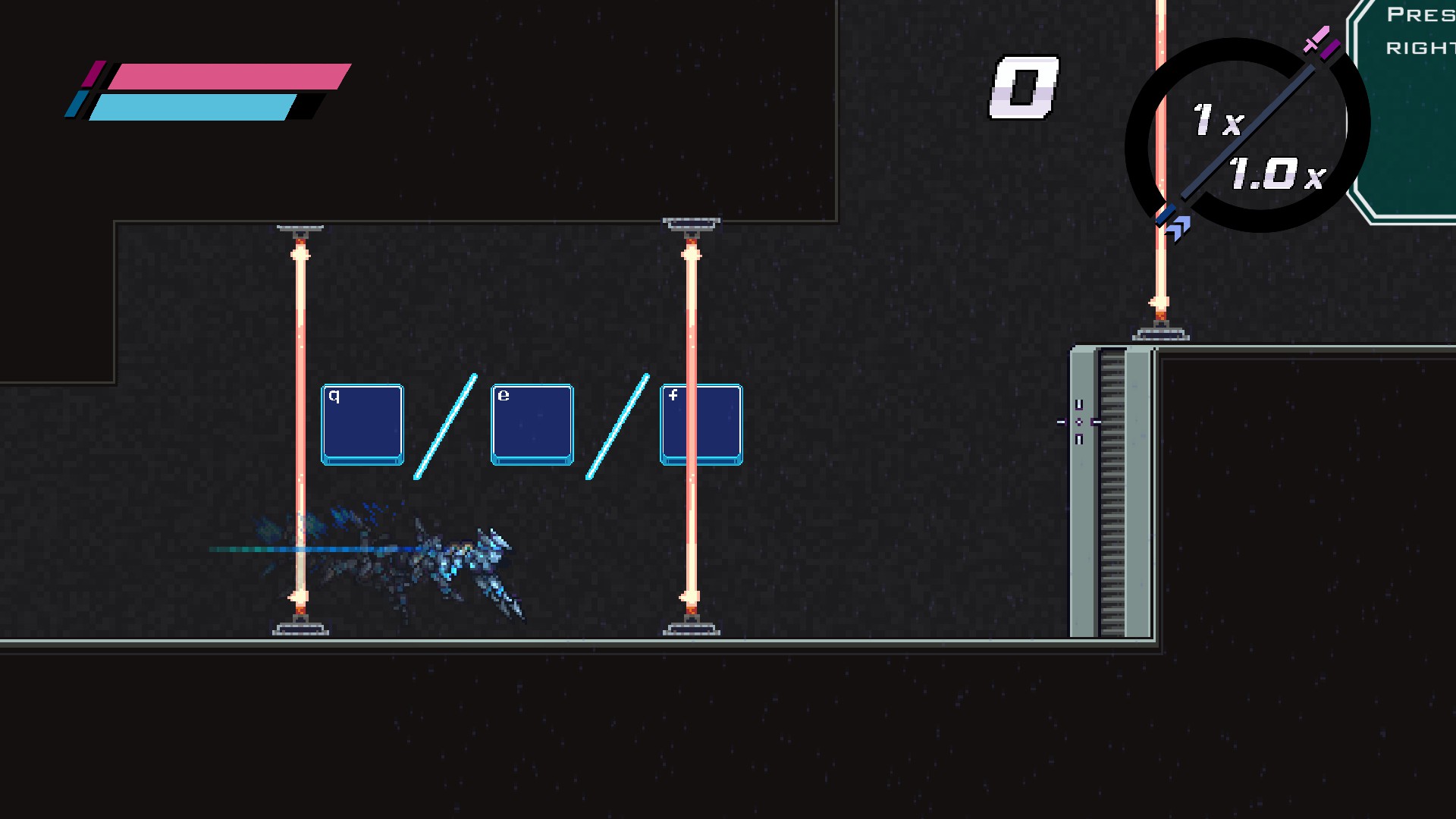 In conclusion Blood Alloy Reborn is a title trying to break into a saturated genre and although it has a lot of potential it falls short and is likely to be relegated to the forgotten titles unless it gets updated and its potential is fully utilised. With fantastic combat and sound in place an increase in available arenas and fixes to the progression system may change this titles fate moving forward.