Sadame is an action RPG on the Nintendo 3DS developed by Mebius and published by Rising Star games which was released on February 25th 2016 to the Nintendo eShop for just £12.99. Rising Star Games portrayed this game as an intense action RPG with lots of exciting action. A claim I personally feel the need to disagree about and will explain my reasons in full. 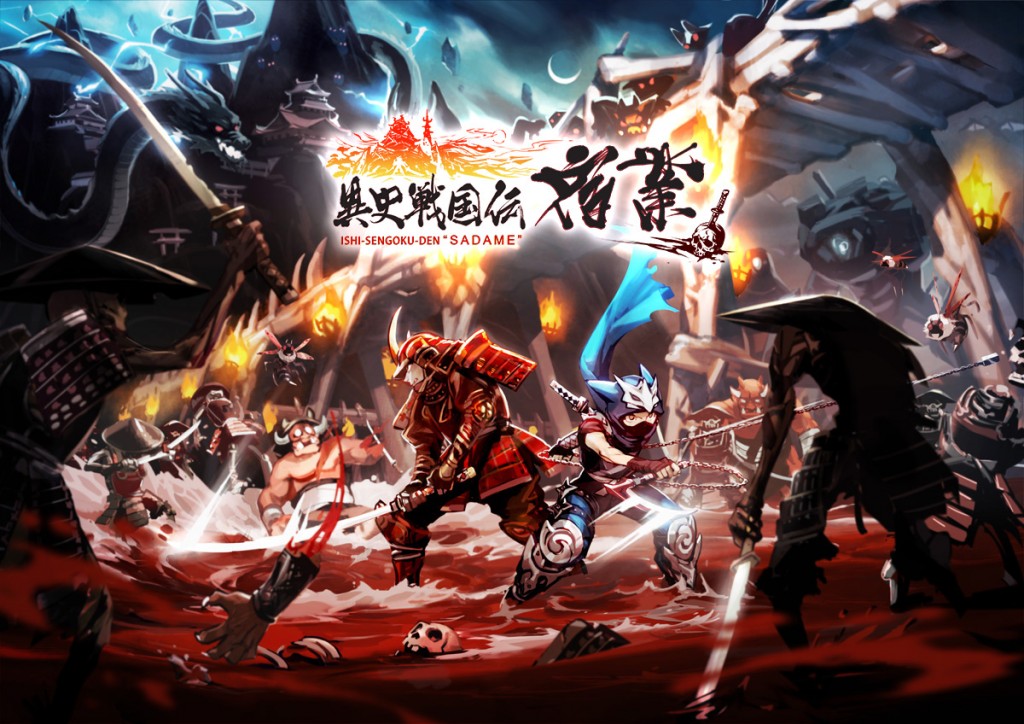 Special thanks to Benn Radford one of our newest reviewers for covering this title!

Sadame is set 100 years after the Onin war, the land is poisoned and fearsome creatures are destroying everything. Unfortunately that seems to be it in Sadame, throughout my several hours in in this game the story just hasn’t caught my attention. It is very basic, which dulled my interest as I believe intense action RPGs must have a somewhat gripping story where you can really bond with the characters.

Visually the game looks reasonable, the bright crisp colourful sprites really pop but mostly because of dull environments and the animations are nice too, with some spells and attacks being large and vibrant, however my main gripe with this Nintendo 3DS game is that it doesn’t support 3D. Being a N3DS owner I always play my games in 3D now and this was a major let down lacking that function as I think it’d look stunning in 3D. 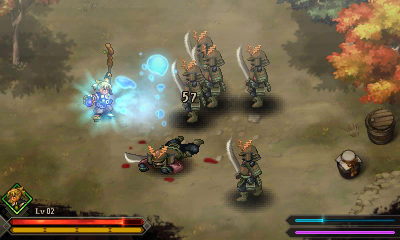 The audio in the game is also pleasant it’s relaxing to listen to and definitely suits the game world but it isn’t going to win any awards or make you want to buy the soundtrack.
This game is very basic in its game-play. You start out by choosing one of four classes: Samurai, Ninja, Monk and Rogue. Then you go to a predetermined area and kill anyone in that area, after the main force of enemies have been taken care of you will encounter a boss. And that’s about it for gameplay, after the boss has been taken care of you collect your loot (which is shared between all save files on your game) then go to the menus where you can equip your new items, this also assigns spells as each item seems to have a different spell assigned to it. You can equip your ‘karma’ (a type of buffing spell) to yourself as well, these both require a different resource to cast, one being scrolls and the other being Mana. There is also a merchant that can appear which sells items for a Ludicrous price, and a skill tree that has a large variety of general upgrades such as attack up defence up as well as elemental skill trees that do the same as the normal skill tree but to the desired element.

Alongside these systems there is also a Gem system which allows you to attach collected gems to your weapons to give them generous buffs this is a nice addition but I don’t feel like it has been thought out too well as there doesn’t seem to be a way to remove the gems or any immediate indication that a item has a certain gem attached to it, you have to go in to the item stats itself and scroll through the menus to see what gems are attached.
The gameplay is enjoyable overall but only in small bouts, and there is a good achievement system that you can grind away at, but finding the will to do it is the issue here. Unfortunately in my opinion this games cons list is much larger than it needs to be. The first noticeable problem I found is that the game is much too easy. I originally chose the Ninja class and found I could take out most enemies with an AOE attack. The ease of the game got more apparent after I had upgraded my equipment, to the point where I could one shot bosses with a well placed Earth spell, now these overpowered weapons would be good if they didn’t simply throw them at you as needless to say the loot you receive is extremely generous, however I hope the higher difficulties in the game are more challenging. 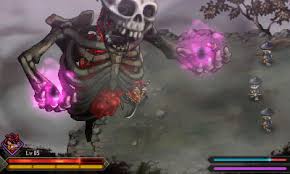 My next problem is in the later levels, you’re still overpowered and can one shot enemies however there is a lovely mechanic called stun locking, if you get hit by one attack you can be killed in a matter of seconds as enemies attack you, stun you, then the next one attacks and stuns you leading to a painfully repetitive process, this doesn’t serve to decrease the blatant ease of the game and provide a challenge as it was seemingly intended to, it simply made me want to turn the game off. This hindrance is also heightened when you face against ranged champions and a random arrow will appear mid screen and put you in that dreaded stun. I noticed that sometimes random arrows will just come at you even when there is no ranged enemies about!
My last problem with the game is that you can’t replay specific missions, you are forced to replay an act as a whole which isn’t a massive problem but I presume would be annoying for some gamers.

The replay-ability of this game isn’t great you don’t feel the need to grind when the loot is so powerful and generous I only replayed the acts to see how easily I could take out the bosses,and needless to say it was very easy.