Bringing new life to a genre that has pretty much explored everything it can be tough however history has shown us that by either adding something that does not necessarily belong there or by just completely changing the formula entirely will breath life to something that some would call dead. So, what happens when you do both? Klaus is born.

Let’s say you add a driven narrative to a platformer and through a intuitive physics engine in for good measure. Some may say this is just too ambitious and would never work but creative developers like Last Costa just saw this as a challenge. A challenge that has turned into one of the best platformer games I have played in a long while. Yes, there are a few pure classics that never really stray from the basic principles but in a world where the platformer genre is flooding the current market you have to make yourself stand out – there is no real time or space to make a legacy anymore. 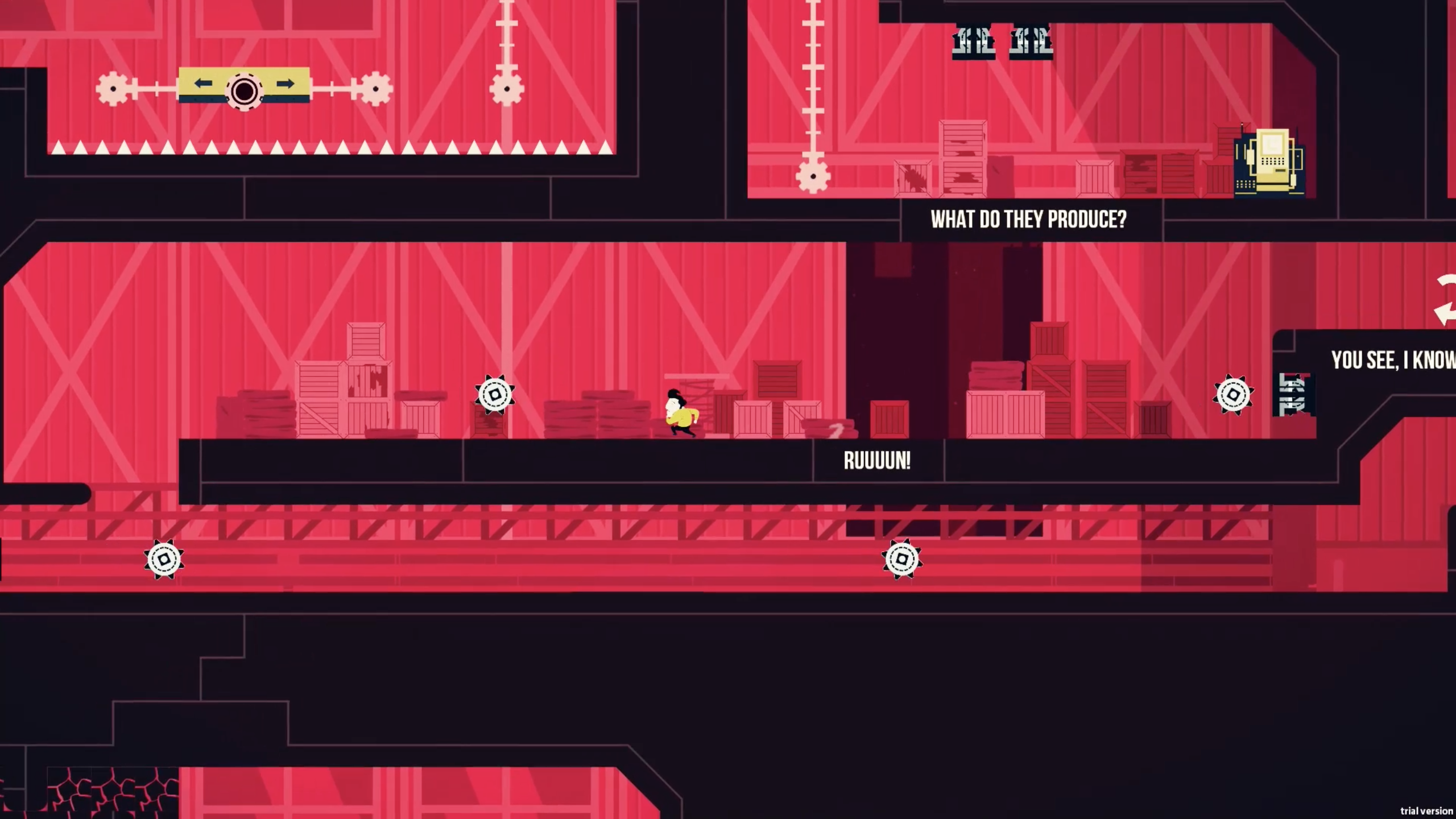 This is where Klaus come in. At the core it is just a basic platformer. You move from to right and try not to die. What makes it stand out is everything that has been bolted on.

The story being told is very simple but it keeps you invested through some creative techniques.  The game starts with you waking up in a basement somewhere with only the name Klaus written on your arm.  You do not know who you are and why you are here.  A basic understanding is given throughout the game but the true story can only be found upon discovering the secrets within each section of the game.  Upon finding these you are transported to another level which will offer a different challenge to that of the base game.  One of the earlier secret levels involves a mirror image of yourself where you must control both versions and guide them safely to the end.  They can be a little difficult but they are worth completing as upon all the secrets in an area, it forms a door that unlocks a little bit about your past. 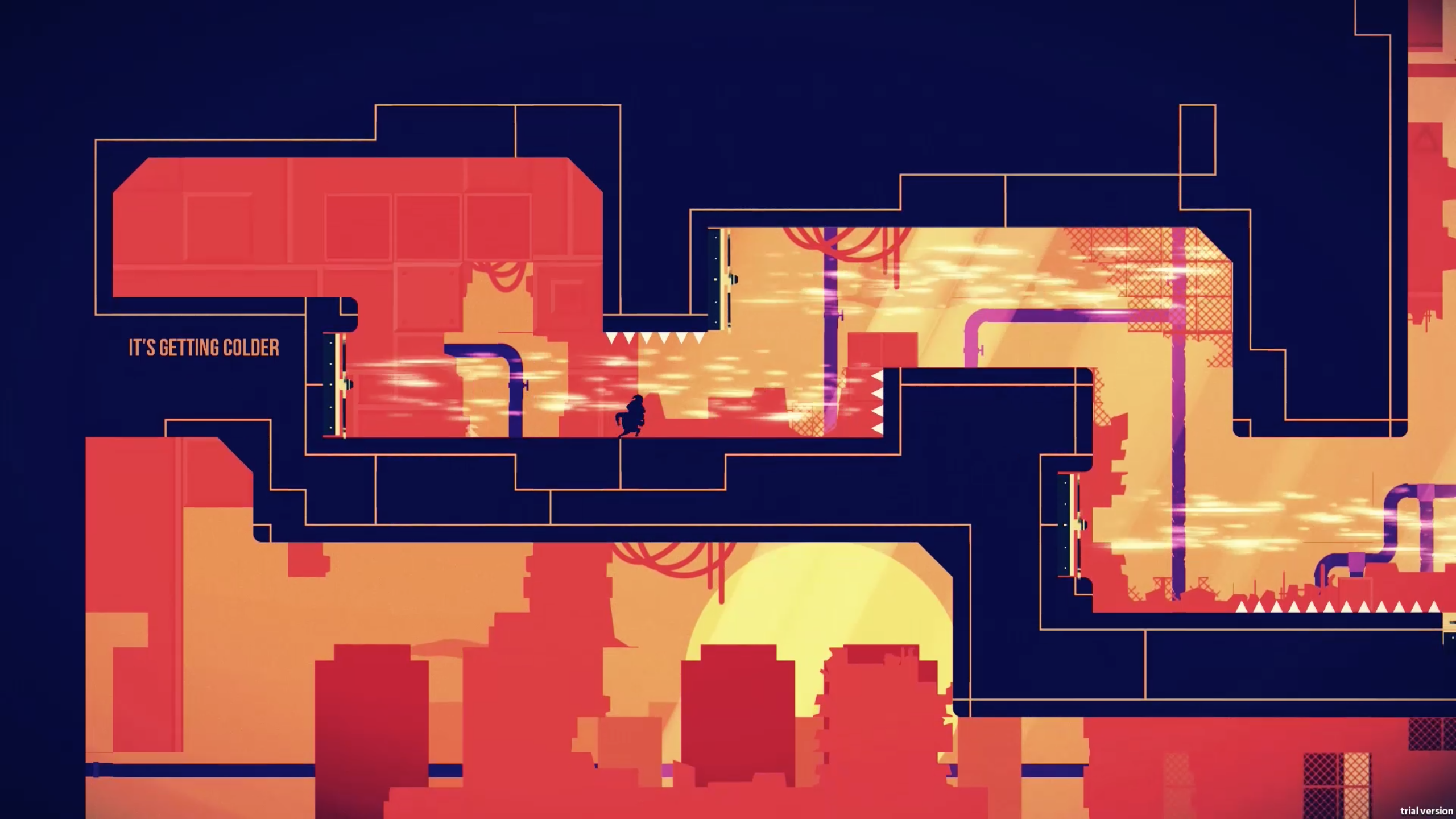 Klaus is just a platformer so it plays as you would expect. You run jump and try not to die.  What makes it interesting and increase the difficulty is the fine tuned physics engine running in the background.  A basic jump is really pathetic because you are a heavy character; you fall to earth like a brick!  However though, when you start running and incorporating double jumping you begin to understand how to play this game.  It is all about momentum and if you are skilled enough you can keep this going throughout the level making it a little easier. 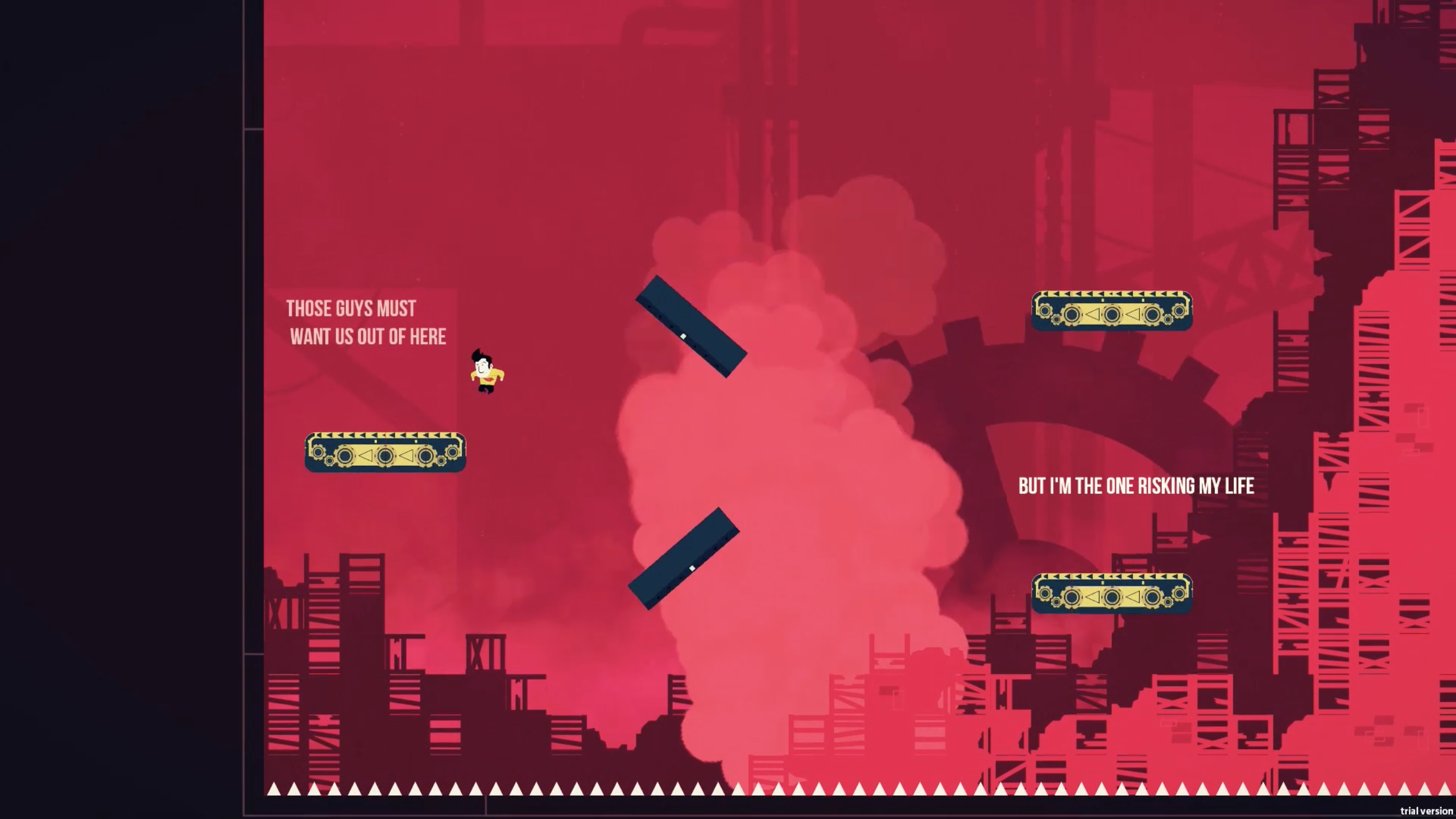 Saying that, I believe Klaus is not meant to be a straight forward game.  As you would expect from a platformer there are many obstacles between you and your goal – these are made apparent from the start.  Your biggest enemy in the game are spikes & spinning projectiles.  They are everywhere and early in the game it is just a case of either jumping over them or making a perfectly timed run.  As you move through the levels you are introduced to moving platforms and treadmills that cause you trouble navigating the dangers in place.

You do have control over a few of the platforms and these are either activated through access a control panel or by using the PS4 touchpad to select which platform you would like to move next.  Further in the game you will come across a larger clone of yourself, K1.  This is where the game becomes very interesting; you now have control of both characters and you must guide both of them to safety.  You can move them individually or as a unit.  They both have weakness and strength including the option of gliding with K1 (which can make some areas very challenging indeed). 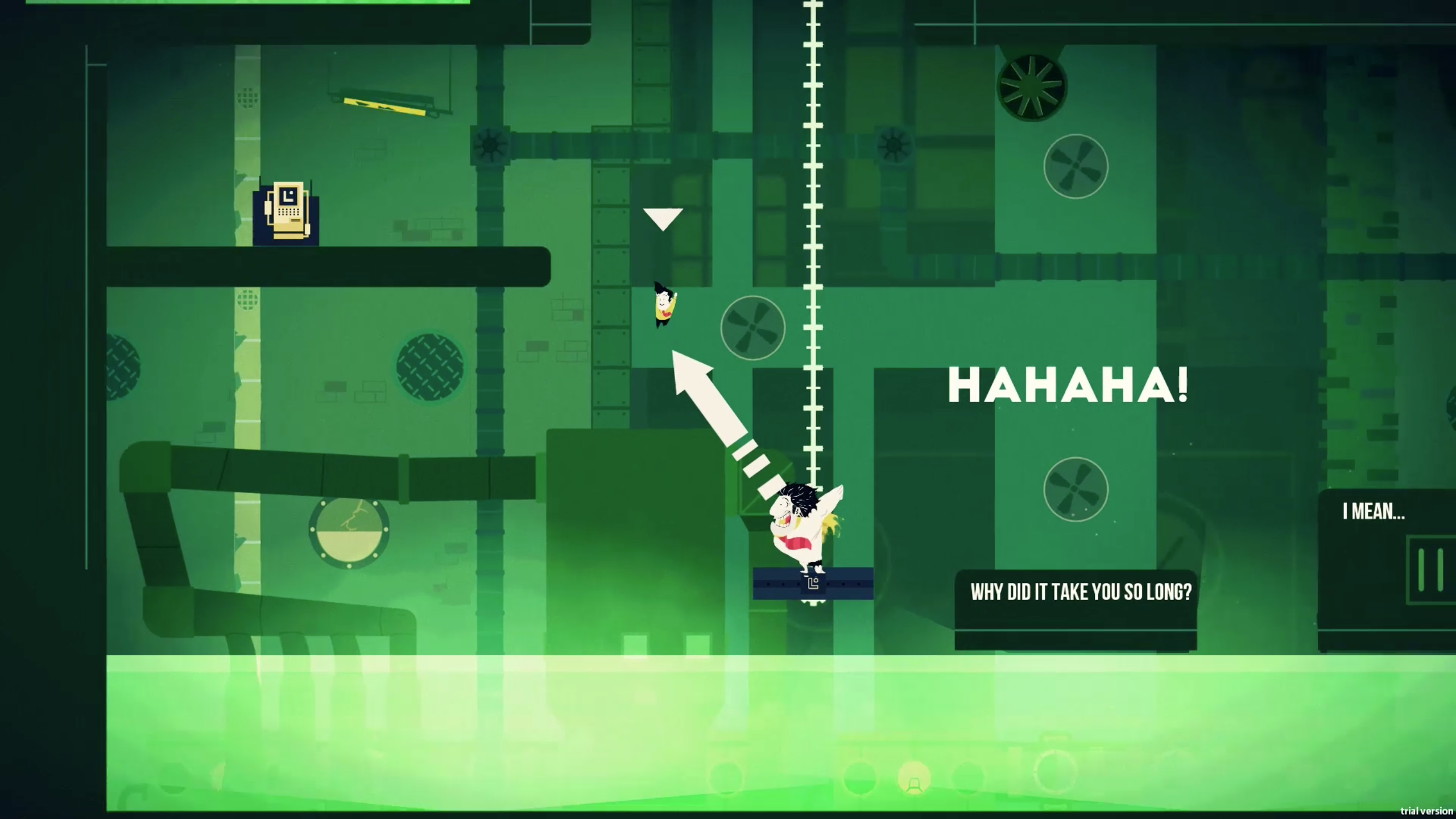 What the guys at La Cosa have managed to do here is create a puzzle game by using well placed hazards that require a specific method to pass through safely.

I cannot think of anything that is really terrible about Klaus.  I would only say that you will either love it or hate it.  If you do not like having to constantly keep trying a section due to you always dying then this will be your worst nightmare.  I would doubt that any gamer will be able to complete a level first time without dying and if you do, congratulations, you are clearly better at this than me.  For me, the difficulty did not put me off from continuing on, if anything it gave me more motivation.  There is no greater feeling than completing a tricky area after dying over 20 times! (seriously this happened).