The printed press has always been the people’s voice and They are not afraid to tell the news as it should be. Scandal and misfortune have all been reported but what if you lived a country whose government had the power to change the news to fit them? How do you know what is the truth and what is just pure lies?

The Westport Independant sees you as an editor of a paper (the name of the game) in a country that currently has a loyalist government running things. It wouldn’t be so bad but they are currently pushing a media bill that will give them full control of what is printed to the people. Leading up to the introduction of this bill, as editor you must start censoring your content before print by removing content or altering the article’s heading. This is all well and good but sooner or later you will start to notice that you are just bending to the will of the government. If you are one of those who likes to push the limits of the rules you can always start printing the real news. This will get you in the good books with the rebels in the country but the government will start to notice and your writers will start to go “missing” and if you push too far, you paper will cease to exist too. 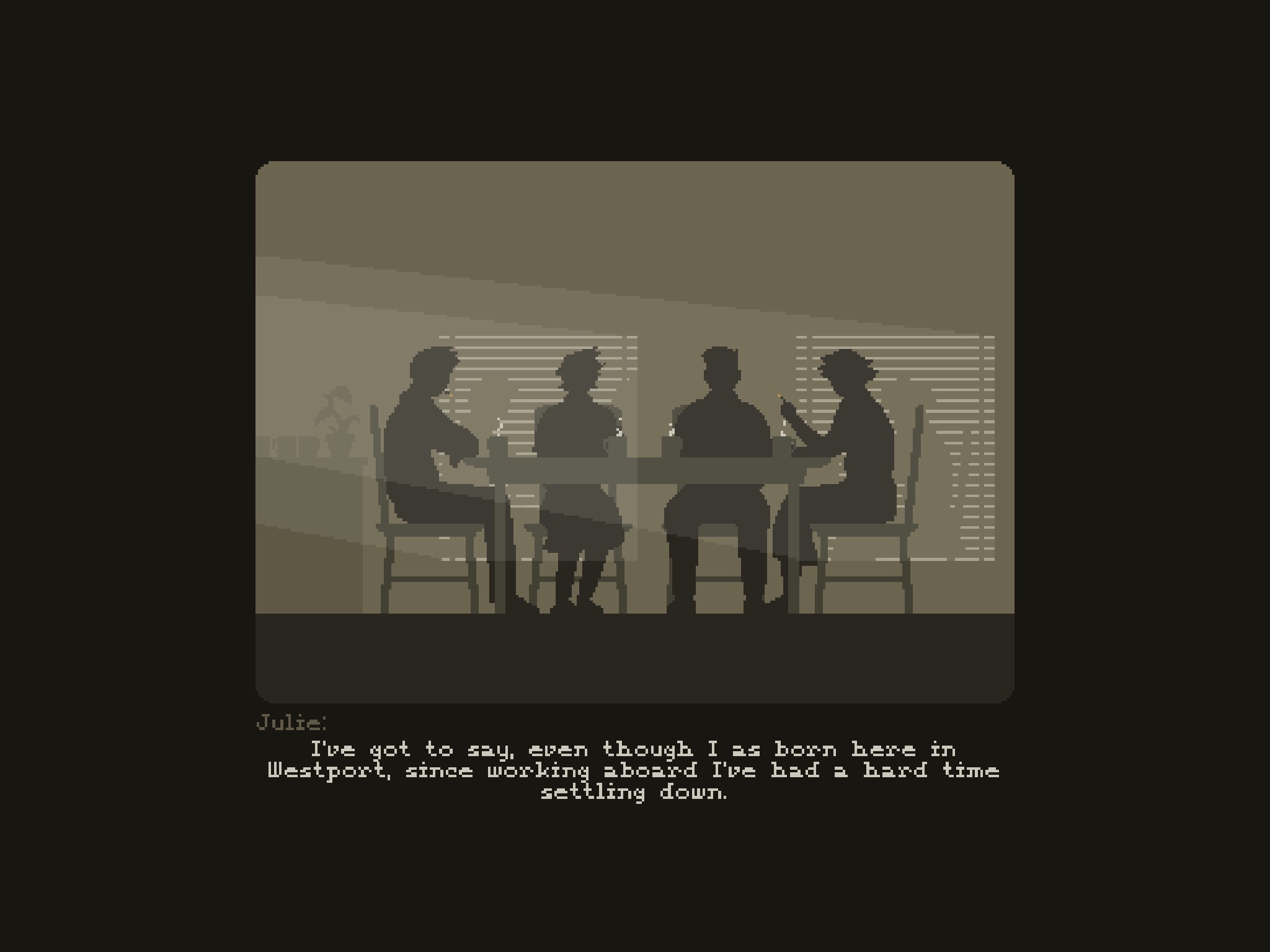 The game itself is very simple to play. Each week leading up to the first day of the new media bill you are presented with a number of headlines. You drag each one to you desk and check through it. If you believe the heading could be making the loyalist government look bad you change it. If you believe a section of the news is doing the same as above, you remove it. If you think it is just rubbish, you destroy it completely. Once happy you then give the article to one of your writers to finish off. Each of your writers have their own views of the government and just like the paper, they too are being watched closely. So if you decided to publish an article that is very anti-government, the poor writer you chose will become a target and watched closely in the future. If you continue using one staff member for this types of articles you will receive a lovely letter stating that they have been “removed” from the paper. 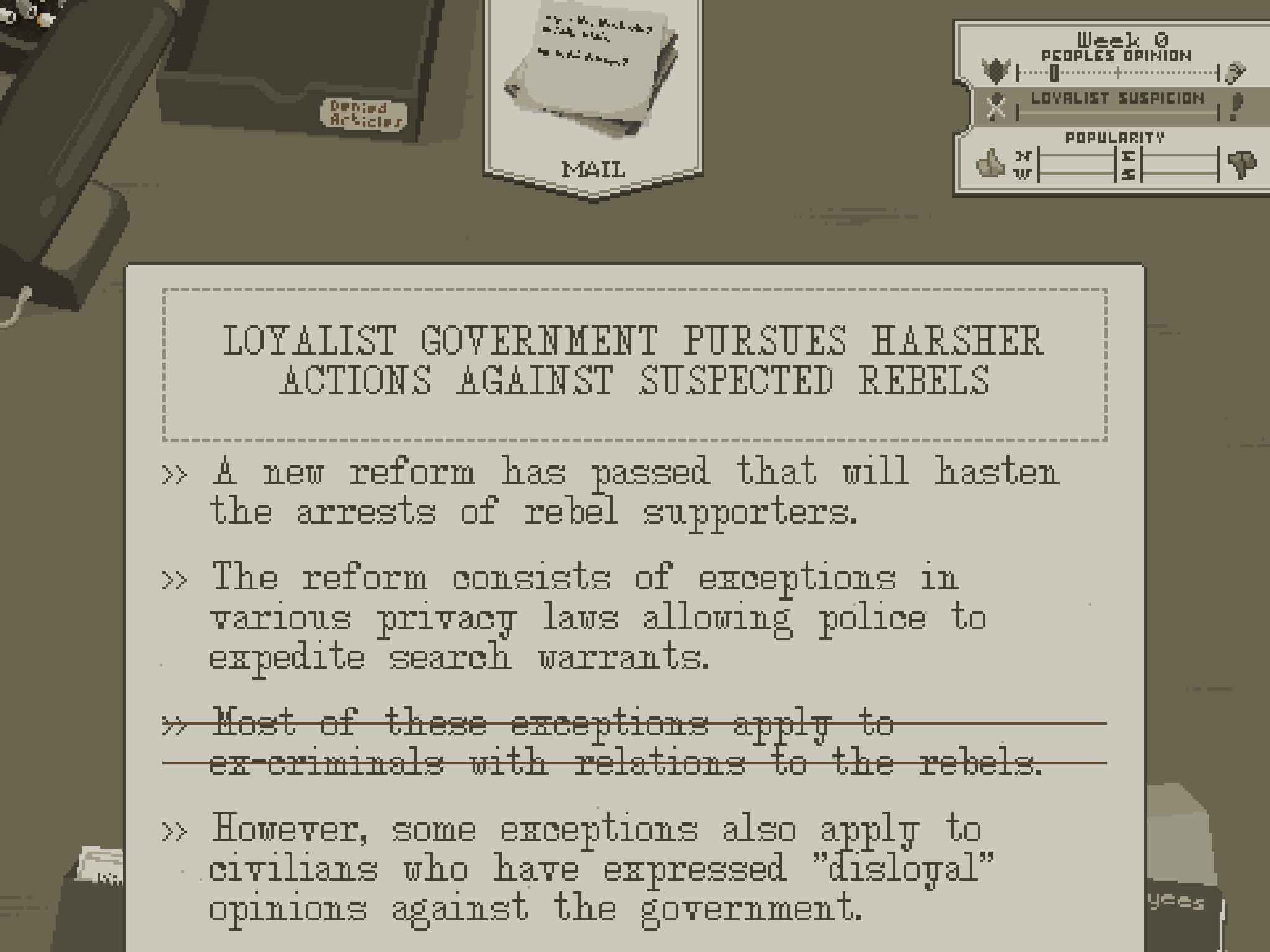 In addition to editing articles you have to lay the paper out and choose where to advertise it. The layout it not too important but where you distribute is. Here you can change the views of the four areas in the country. Each area cares about one or more of the four categories of news (list) and by changing the news (in good or bad ways) can influence the views of an area. You have to remember that at the end of the day you are either voice of the people or the government.

The biggest issue for me was how easy I found it. There were obvious choices that either leant to the government or the rebels. There was no middle grounds. I also only ever felt threaten by the government when publishing news they disliked. The rebels are there because two sides are always need of a conflict. An improvement that could be added in future updates would be adding news articles that would be tough to edit without making each side look bad at the same time. In the current state there are no headlines or words that make you think twice when editing.

The Westport Independant is a good idea for a game that has a lot of potential. This will only happen if any updates are released in the future that include deeper content. In the current state the game is very easy with a black or white approach to how you edit the news. For me the addition of random events and tricky news articles would make The Westport Independent a deep country controlling simulator and not just a “word processing” game. 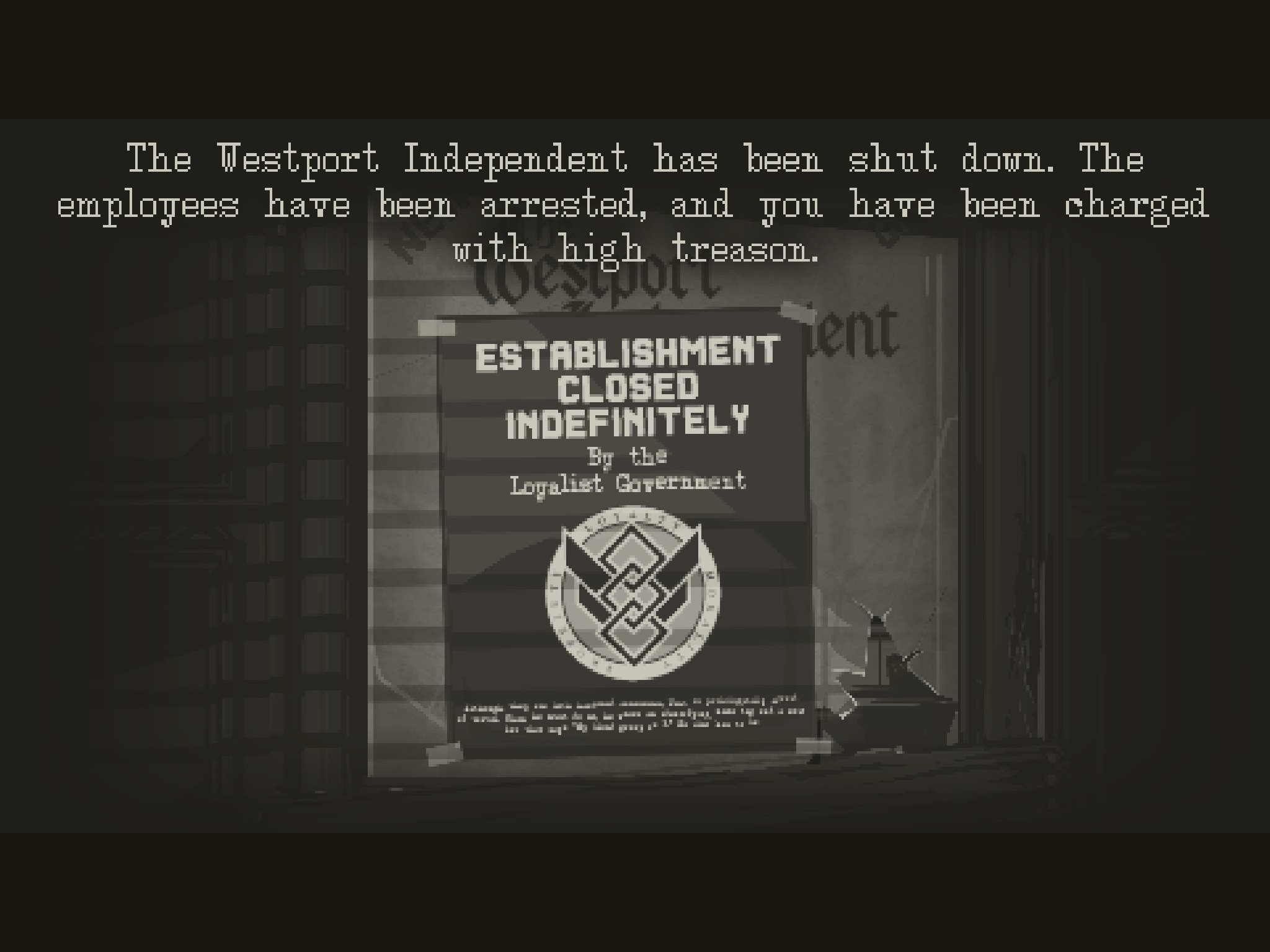