The Deadly Tower of Monsters is a joke and it knows it! Set in a 1980’s sci-fi B movie, the Deadly Tower sees you playing as a hero or heroine (you can choose) climbing a tower that is, well, full of very crude monsters.

To make the Deadly Tower of Monsters feel like an old movie being reborn the whole game is narrated by the director on a DVD commentary soundtrack. It keeps you really entertained whilst playing and if it was not there this would just be a very boring experience. Everything that you do (including standing still) will be commented upon like it was part of the film or a mistake that managed to go through editing. I have played a few games that have this “interactive” narration but this has to be the most crazy one to date.
The game itself is very basic and somewhat broken.  I am not sure if it was intentional or if the engine is just that buggy. You move around the isometric world attacking monsters with either a melee weapon or a gun.
You can only hold two of each type of weapon at a time but these can be upgraded at terminals scattered around the tower. As well as the weapons you are free to upgrade yourself by using different colours cogs that can be found around the game. Some of these dogs are in plain sight but others (mainly the gold ones) require a little extra exploring to find.

The hit detection is questionable and the animation for melee attacks gets easier to understand the more you play. As you traverse the world there are a lot points in which I managed to get stuck but with some quick jumping you can free yourself. I do wonder if the game is just that buggy and if so it has been masked so perfectly by the B Movie “qualities”. Some may just call it a quirk but some may find it a little frustrating and find it unbearable to play. This is a shame because it does have a lot to offer in the entertainment department. The developers at Ace Team knew what they were doing with Deadly Towers and just rolled with it.

One gameplay feature that i enjoyed were the vertical free falls.  At any point you can jump off the tower and start firing at enemies whilst falling.  It is a lot of fun and included a few safety features to ensure you do not die in the process; you can either use your jetpack to ease you landing or use your teleport system to put you back to where you jumped from! 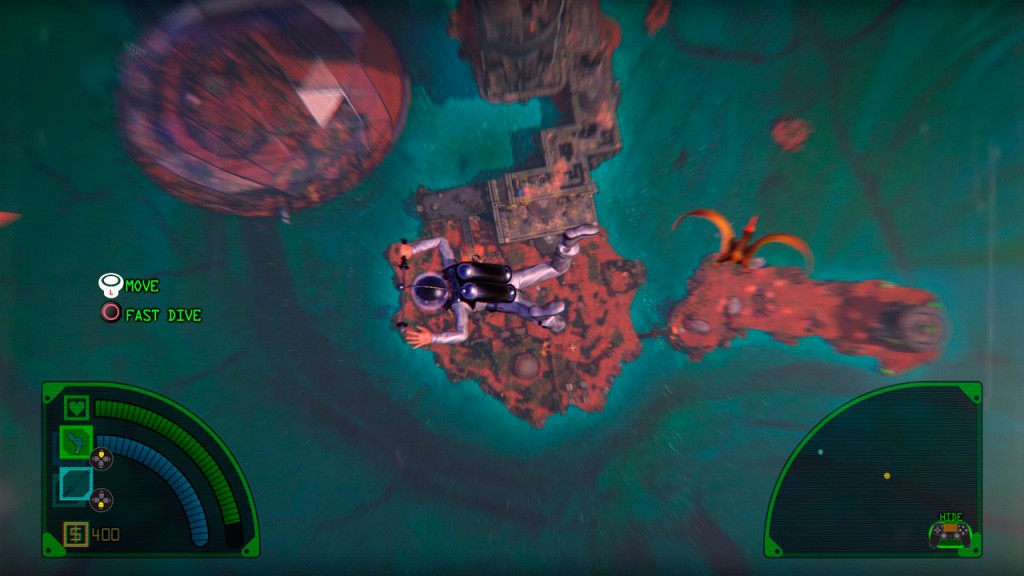 On top of the “quirky” gameplay, The monsters themselves are hilarious to look at and the designers have managed to capture the art that only exists in B Movies. Anything that is large, such as dinosaurs (yes they are in this game), can only be created using stop motion so the animation emulates this and it looks great. It looks so fake and realistic at the same time. Bats use strings to move around the world and everything else is obviously actors dressed up in ridiculous suites!  All in all, the environment designs suite the mood of the game and backs up the idea of the game not being broken but rather an extra feature that adds to the humour. 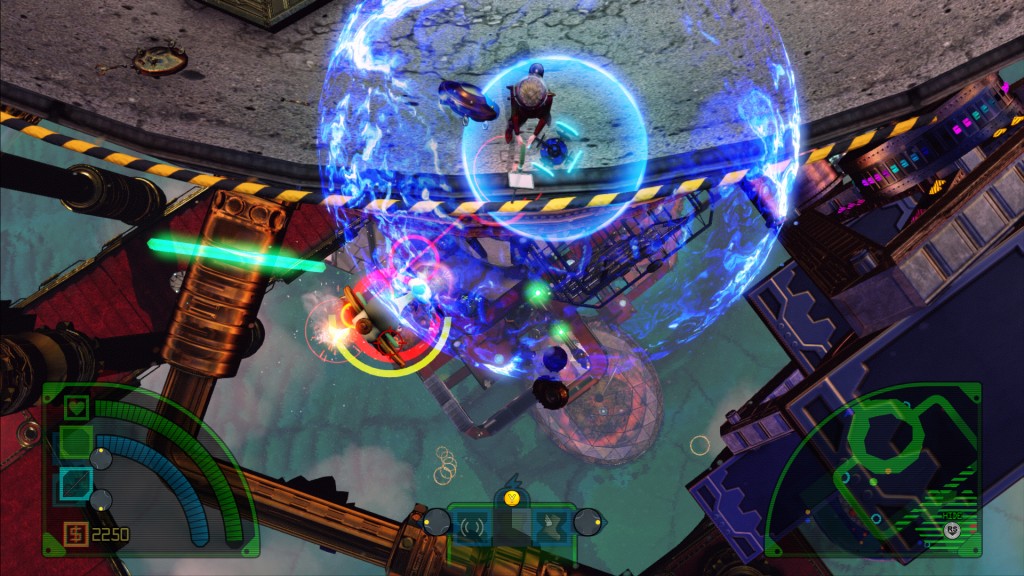 We have all see At least one B movie and we all know that the best ones are good because they are just so bad. Deadly Monsters fits into this category perfectly.
It is bad and cringe worthy but it is just so good to watch each scene unfold as you play it – this is something you have to experience yourself.  It’s ok for me saying it’s feels buggy and what so but you will not understand how it fits into the game as a whole until you play it.

It’s fun but it’s not doing anything to change the world. Graphically it is not going to push your PS4 to its limits and the facial animations are something you’d expect in early PS2 games but it is not boring to look at. The set designers were on fire for this game!
It is perfect if you have a spare 4-6hrs one weekend and you fancy something different.  The only way to sum Deadly Towers is like this;

Do you ever get that sensation maybe at work that you really want to watch a bad movie that is trying its best to be serious? Well with Deadly Towers you get to play it but this time the developers are making it bad on purpose and they do a fine job of doing that!