Baseball Riot is a PS Vita, PS4, Xbox One, Android and IOS physics puzzler game developed and published by by 10 Tons.

This game is the sequel to Tennis in the Face, it plays pretty similar just you play Baseball instead of Tennis. 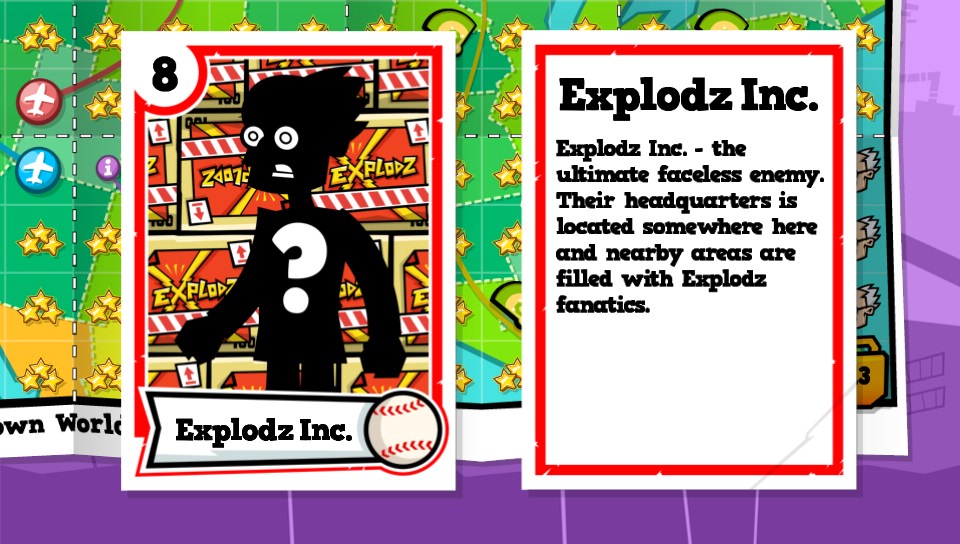 You play as Gabe Carpaccio, a baseball player who got injured so had to give up his career, his old team is taken over by an energy drink corporation called Explodz, this sends Gabe crazy and he decides to take them down using some balls and his baseball bat.

The game itself is pretty fun and addictive, it’s more of a mobile game than a console game, but it still plays pretty nicely. First, you have to aim where you want to shoot your ball, then you shoot your ball. The idea is to knock everyone out, but there are obstacles in your way to help/hinder you, and there are stars to collect too, you collect these by hitting them with your ball. 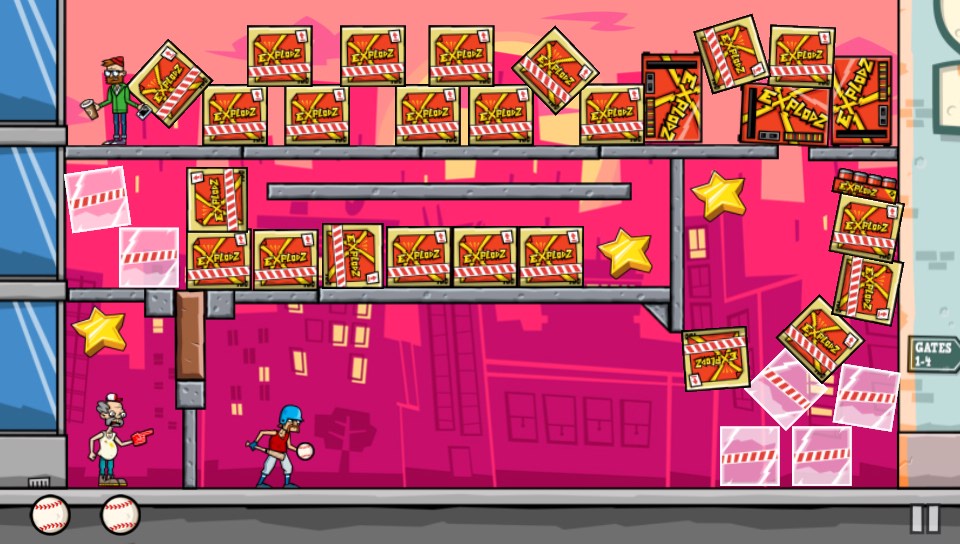 There are different kinds of enemies, you have Fans which you just hit to knock out, Fielders who wear gloves which will destroy your ball, Umpires who are covered in Umpire gear which protects their front so you have to hit them from behind (you can knock them out by hitting their legs, but it’s a bit tight), Hipsters and Explodz Investors who are like fans, Riot Hipsters who carry LARP shields which deflect your balls and Scientists who wear some science outfit so you have to hit them twice to knock them out. Some of the obstacles include Glass, which breaks when its hit and destroys your ball, Explodz crates, which explode and force objects away, Garbage which destroys your ball and Vending Machines which you need to hit 3 times to destroy. Another thing to keep in mind is for every 3 enemies you destroy with 1 ball, you’ll get an extra ball. 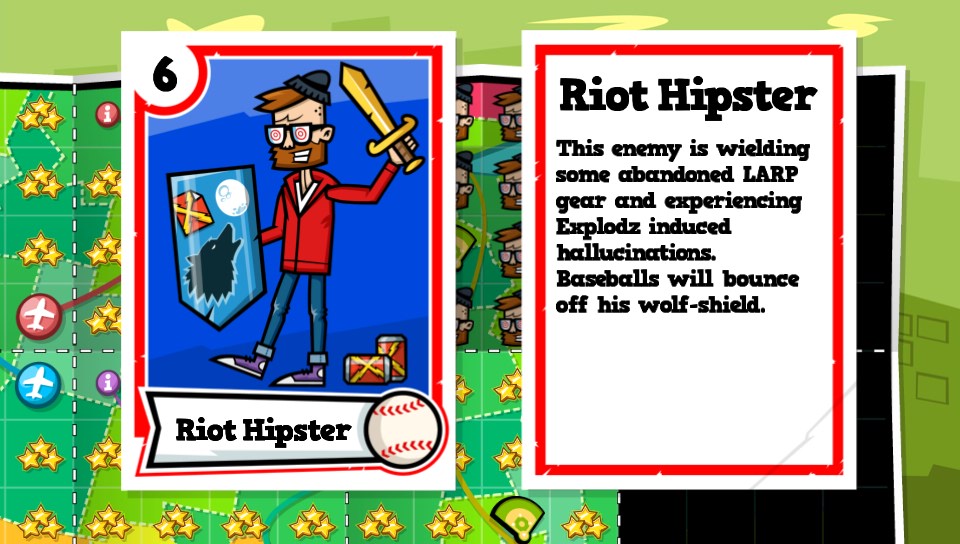 Using these enemies and obstacles, there are some pretty challenging levels and while skill does come into this game, there is a certain amount of luck involved too. For instance, you have a Pitcher near an Explodz crate, if you hit the crate they may fly into another enemy and take them out, but if you restart the level and take exactly the same shot they may fly over the enemy. It can be pretty tricky getting a feel for the game when this happens and if you’re going for 3 stars on every level, you will need a lot of patience.

It’s designed pretty well, the levels start off easy and gradually build up in difficulty, its pretty well paced until you get to the Scientists. The spike there takes some getting used to. The star positions normally give you an idea of where to aim, however sometimes they seem out of the way in order to make the levels more challenging, which isn’t a bad thing in some cases. Sometimes you’ll find a level easy, but going for the 3 stars makes the level almost impossible and sometimes when you manage it, it’s more luck than judgement. 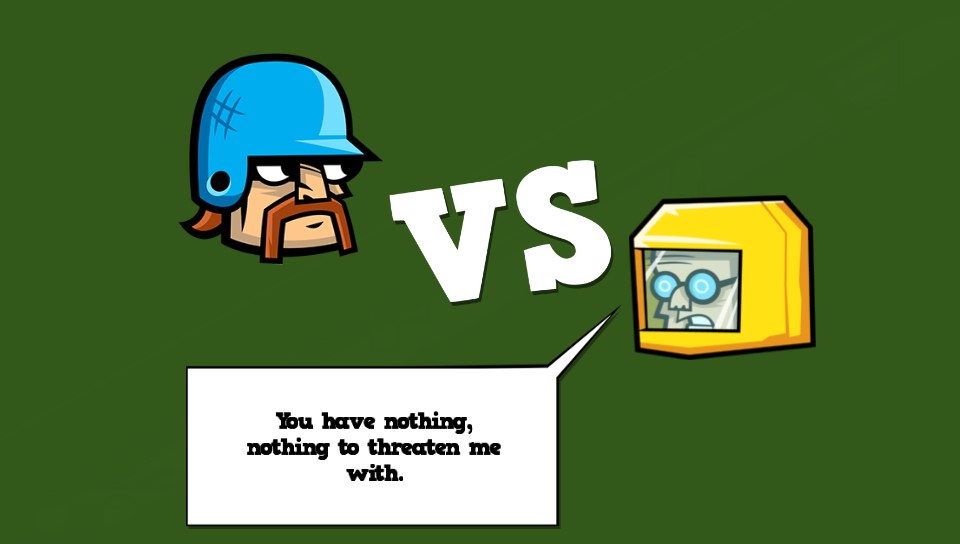 Altogether, there are 8 zones, each with 16 blocks, 7 zones have 13 levels, an info block (for the enemy type introduced in this zone), an airport block (to reach the next zone) and a challenge block (each zone has 2 challenges to be completed within the levels). The other zone has 12 levels, all of the other blocks mentioned but it also has a stadium, which works as your overall game record (headshots, knockouts, extra balls, total stars and balls left at the end of the levels).

Overall, it’s a fun little title, but it is more of a mobile title than a console title, and that should be taken into consideration when deciding whether to get this game or not. It’s a game you can pull out and play for 5 minutes whilst waiting for a bus, or one that you can play for hours and not realise how much time has passed.