The Incredible Adventures of Van Helsing Final Cut is the ultimate version of the trilogy of games, condensing the adventures into one and cutting some of the chaff. Developed by Neocore Games and released on PC via Steam, does this release fix the issues that held back the originals? 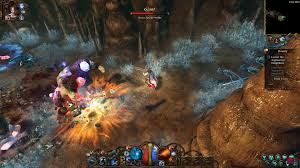 In The Incredible Adventures of Van Helsing: Final Cut (just called Final Cut from here on in) you take the role of Van Helsing, son of the famous monster hunter….. Van Helsing. After a surprise and I imagine rather confusing letter Van Helsing sets off to Borgovia with his beautiful ghost slave Katarina in order to solve a mystery in a place previously cleared of monsters by his father, but what he finds instead is a great many monsters and some of them enhanced by science and technology. This story is deep and very well told, and without spoiling it opens up nicely.

Where your big names in the ARPG/Dungeon Crawler genre such as Diablo and Torchlight are very much high fantasy styled, Final Cut goes for a darker, steampunk styled setting. This setting in my opinion manages to set it apart from its big league competition, Final Cut is no threat to Diablos crown but it has settled into a niche all of its own and as a result is an underplayed but solid ARPG experience.

Before moving onto the gameplay itself, I would like to detail the changes that have been made over the original trilogy in this Final Cut re-release. All three titles have been merged, with some cuts but also some additions to create an epic, long and cohesive campaign mode. You can also use any of the 6 classes introduced in The Incredible Adventures of Van Helsing III from the start of the game all the way though. This means your character can reach level 80 across the 50 hour+ main campaign then using the glory system within competitive multiplayer play can top up to level 100. A mechanic which split the fanbase has been changed much to many players delight, Tower Defense sections are all in the Final Cut but are entirely optional. Along with the addition of High Resolution textures and minor tweaks for the entire game this trilogy has been distilled into one very polished package. 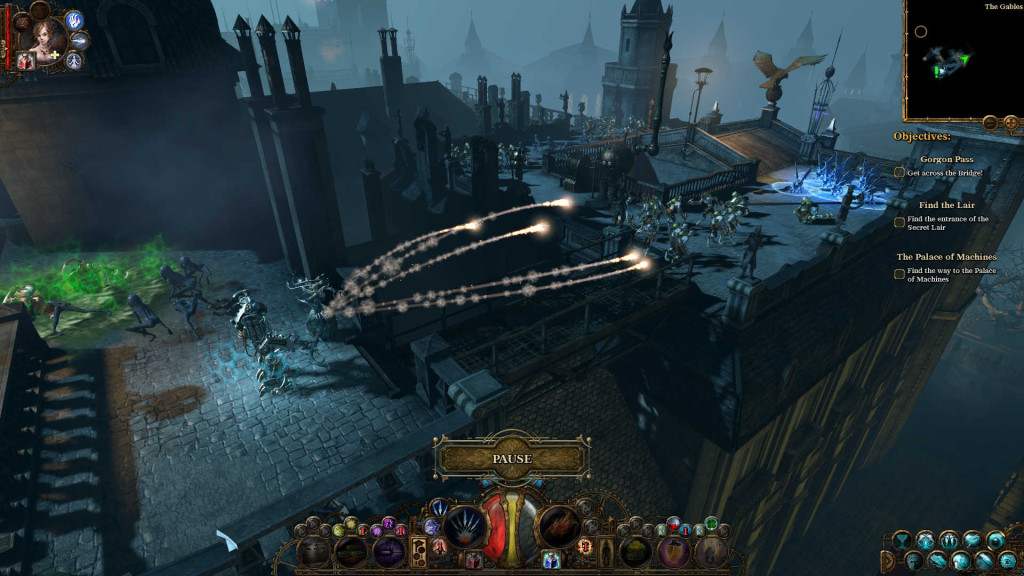 From a gameplay perspective on the surface Final Cut plays out as standard as an ARPG can, with your mouse for movement and number keys + WASD for skill selection. That being said there are not many ARPG’s which break this mould as there is little need to improve more on a control system which has been improving for the last 20 years. Beyond this basic control & combat system Final Cut really shines, unlike many titles of the genre it actually makes you want to explore everything, because when you explore you find tonnes of fun stuff or “hidden content” as they like to call it. Puzzles that spawn a mini-boss, runestones to help your adventure, bigger bosses which lock you into special combat areas where you are stuck until you win, extra sidequests and your usual “cave full of loot” areas. This amount of stuff thrown at you can be a little overwhelming at times but it makes the game very compelling and just one more quest like.

The Skill trees for yourself and Katarina are somewhat overwhelming also as they are just so big, but when you take your time to map out what you want from the skill selection then it becomes a lot easier, alongside the skill trees you also have the aura’s which you can have three, these unlock as you progress but will also take a little thought to get right for your personal build. The equipment system is honestly fairly well worn and does nothing really to separate itself from every other title of the genre. Enemies and chests drop items of varying colours with differing stats. You collect everything you can get your greedy little paws on, equip the best and sell the rest. This lack of effort to be different is not exactly a bad thing generally but for me it would have been nice to have that little extra. 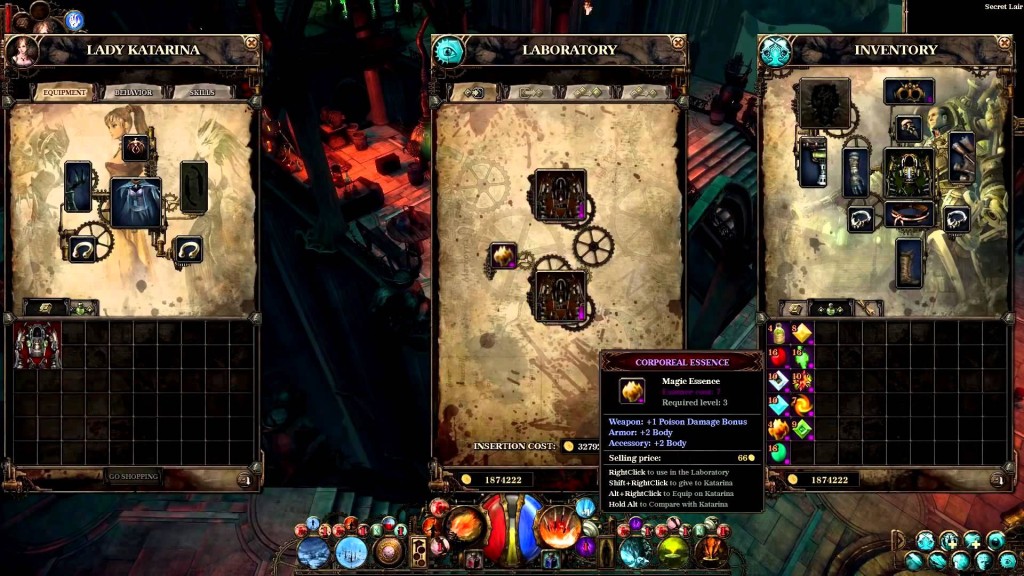 The much asked for feature of multiplayer on paper seemed very interesting to me, until I realised that offline and online characters are totally separate so to explore the available online stuff I had to make an entirely new character and then I couldn’t match into any games because of my level. As a result of this I will only say that the multiplayer looks like it could be fun but I don’t know for sure.

Graphically Final Cut looks good, if a little dated. But being a steampunk fantasy world much of the time I was not scrutinising the animations too much and was looking at the whole scene which after installing the High Res Textures looks good even if age is being shown a little. Green lakes, misty surroundings and more shadowy areas than you can shake a stick at, the graphical scheme matches up to the overall theme and adds to the depth of the story. 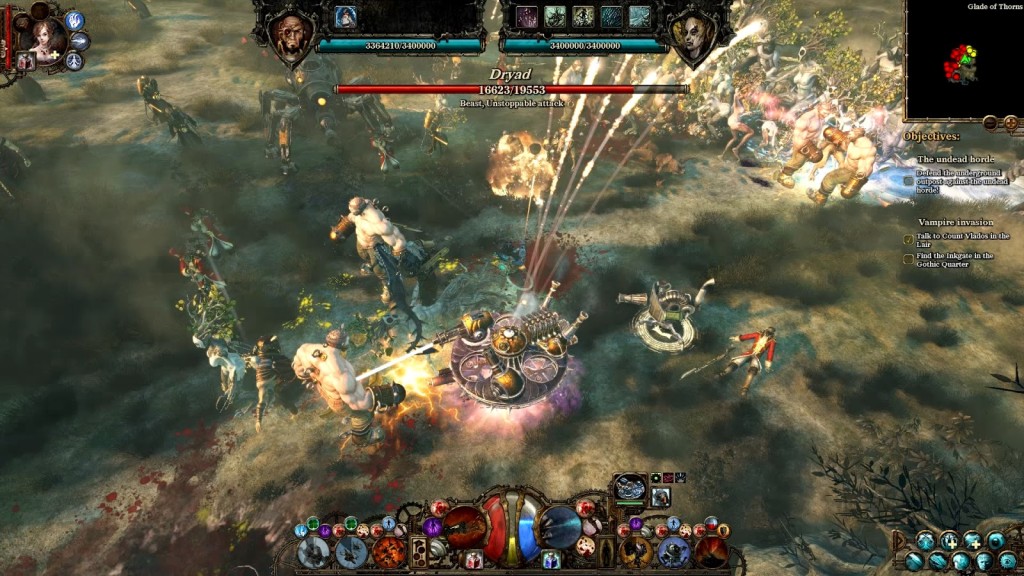 Audio is very middle of the road, the ambient music suits the scene but is often unnoticable due to subdued tones. The combat sounds however are loud and strong adding excitement to a genre where most of your combat is either standing still or pinging around the area killing all who get in your way. Voice acting can be sometimes a little disjointed but on the most part is very well done, especially the back and forth between Van Helsing and Katarina which creates more than a few laughs.

Overall The Incredible Adventures of Van Helsing: Final Cut only really brings streamlining of the trilogy with other minor changes. Players who already own all 3 got the upgrade for free, so this is more advertised to new players. As a series Van Helsing is a strong competitor in the ARPG genre if not a top contender. With a strong gameplay, good audio and only slightly dated graphics this underdog is easily worth the investment in both time and money.